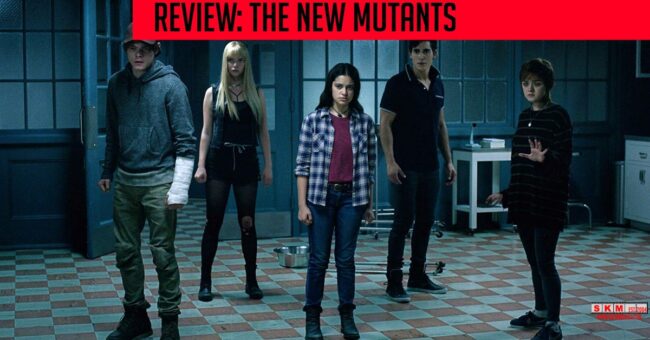 Five young mutants encounter their greatest fears in an isolated hospital in The New Mutants. Danielle Moonstar (Blu Hunt) is a 16-year old Cheyenne woman, who wakes up in a hospital for new mutants run by Dr. Cecilia Reyes (Alice Braga). Danielle joins Rahne Sinclair (Maisie Williams), Illyana Rasputin (Anya Taylor-Joy), Sam Guthrie (Charlie Heaton), and Roberto da Costa (Henry Zaga) in receiving treatment from Dr. Reyes to gain control of their burgeoning mutant powers and reenter the outside world. However, it soon turns out that this hospital is a sinister place, where the personification of the New Mutants’ nightmares terrorizes them at night.

The New Mutants is a horror film set within the X-Men universe, co-written and directed by Josh Boone (The Fault in Our Stars). The film focuses on a group of five teenage mutants, who haven’t yet been able to control their burgeoning powers, making them a danger to others. This includes Rahne “Wolfbane” Sinclair’s lycanthropic abilities, Illyana “Magik” Rasputin’s sorcery and teleportation, Sam “Cannonball” Guthrie propelling powers, and Roberto “Sunspot” da Costa’s manipulation of solar energy. However, Danielle Moonstar has yet to figure out what her powers are, which may be the most powerful of them all.

The New Mutants is a film that was originally shot in 2017 and experienced three years of delays, which included studio mandated re-shoots (that never actually happened), the acquisition of 20th Century Fox by Disney, and finally the start of the COVID-19 pandemic. Consequently, The New Mutants gained a bit of a reputation as a cursed film that at one point didn’t look like it was going to see the light of day.

Now that The New Mutants has finally been released, I do have to admit that I found the film better than expected. Even though it’s not executed perfectly, it was definitely a refreshing approach for a comic book film to go in a more horror direction, featuring a young cast that includes Maisie Williams (Game of Thrones), Anya Taylor-Joy (Split), and Charlie Heaton (Stranger Things), staring alongside the relatively unknown Blu Hunt in the lead role of Danielle Moonstar.

In fact, probably the biggest thing that The New Mutants has going against it is the film’s status as excess baggage of the old X-Men franchise, which wore out its welcome with last year’s incredibly disappointing Dark Phoenix, with many expecting the franchise to be rebooted as part of the Marvel Cinematic Universe. As such, even though the film ends up being a solid supernatural horror film, The New Mutants have definitely arrived many years too late.

The New Mutants is now playing in cinemas. 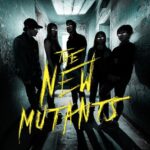