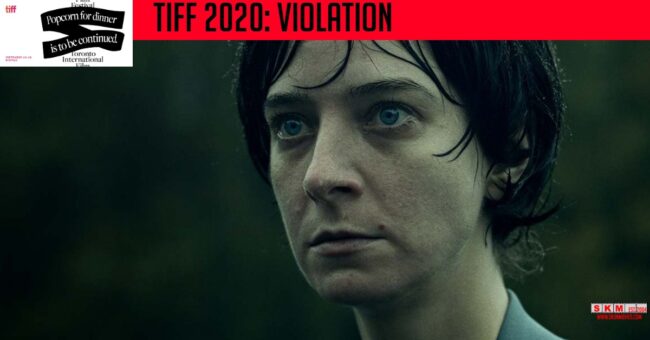 A wronged woman seeks vengeance in Violation. Miriam (Madeleine Sims-Fewer) is woman in a stagnant marriage with her partner Caleb (Obi Abili), who joins her sister Greta (Anna Maguire) and husband Dylan (Jesse LaVercombe) at a weekend cottage getaway. However, over the course of the weekend Miriam is the victim of an act of sexual violence. She later seeks vengeance for the deed, though it might not offer much solace for her trauma.

Violation is a horror-laden drama and the feature film debut from writer/directors Madeleine Sims-Fewer and Dusty Mancinelli. Sims-Fewer also stars in the film as the protagonist Miriam, who is seeking vengeance for a sexual assault she suffers. The story of the film is told non-chronologically, with the titular violation not occurring until the midway point. This allows for much refocusing of context, as we evaluate the mental state of Miriam during this horrific ordeal.

The best way I can describe Violation is that the film is “beautifully disturbing,” with its well-shot visuals, including many close-ups of insects, and melodic score contrasting greatly with the horrific scenario. It should be noted that Violation is a rape-revenge film that doesn’t fetishize the act itself, which is shown entirely through close-ups, and in fact, somewhat reverses the objectification during the revenge-act. While Violation does feature some shocking acts of violence, the real horror in the film comes from the victim-blaming Miriam experiences after the act, which adds a real true-to-life air to the film. Overall, Violation is a revenge film that will stick with you long after the credits roll. 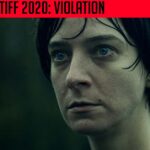