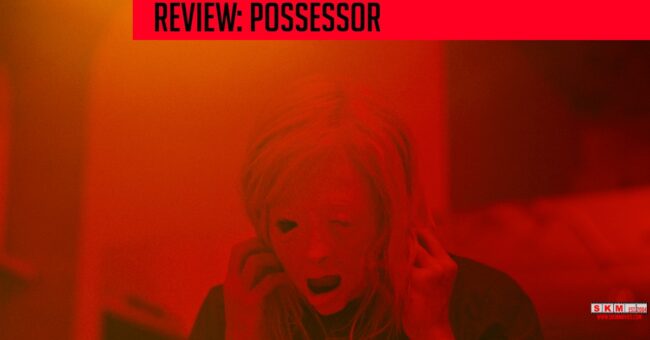 A corporate assassin begins to literally lose her mind in Possessor. Tasya Vos (Andrea Riseborough) is a woman who works for a company that uses mind implant technology to transfer Vos’ consciousness into a host body, which is then used to perform high profile assassinations, all under the watchful eye of her handler Girder (Jennifer Jason Leigh). For her latest assignment, Vos is to take over the body of Colin Tate (Christopher Abbott), who is the fiancé of Ava Parse (Tuppence Middleton), the daughter of the Vos’ latest target John Parse (Sean Bean). However, things begin to go awry when Colin begins an inner fight with Vos for control of his mind.

Possessor is the sophomore feature film from writer/director Brandon Cronenberg, arriving eight years after his 2012 debut Antiviral. The film stars Andrea Riseborough (Mandy) as Tasya Vos, a woman whose secret life as a corporate assassin is kept to a secret to her estranged husband Michael (Rossif Sutherland) and young son Ira (Gage Graham-Arbuthnot). Despite suffering from some major psychological after-effects from her last job, Vos accepts the high profile assassination of John Parse. However, during the job Vos begins to lose control of her host Colin Tate, leading to an inner conflict between the two.

Possessor faces some of the similar challenges Brandon Cronenberg had with his debut Antiviral, in how it’s hard to shake the fact that this is a body horror film being directed by the son of David Cronenberg, who essentially created the genre. That said, it is also quite obvious that Brandon Cronenberg is trying to establish his own voice as a filmmaker, instead of merely copying what his father has done. This includes taking an almost avant-garde approaching, with the film featuring nightmarish sequences that look like they came straight out of a 1990s Nine Inch Nails music video.

One positive thing I have to say about Possessor is that it is a much more polished film than Antiviral, which includes some notable stunt casting of Jennifer Jason Leigh, who appeared two decades ago in David Cronenberg’s eXistenZ, and Sean Bean. However, I would also argue that Possessor is also not the most accessible of films, which includes some extreme brutal and gory scenes that are not for the faint of heart. It almost reached the point where I had to question of Possessor had to be so violent, other than the fact that it is directed by a filmmaker with the surname of Cronenberg.

Ultimately, I would say that Possessor is a solid sophomore effort for Brandon Cronenberg, those I believe that he still has a way to go before he able to stand apart from his father. 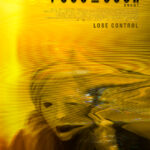