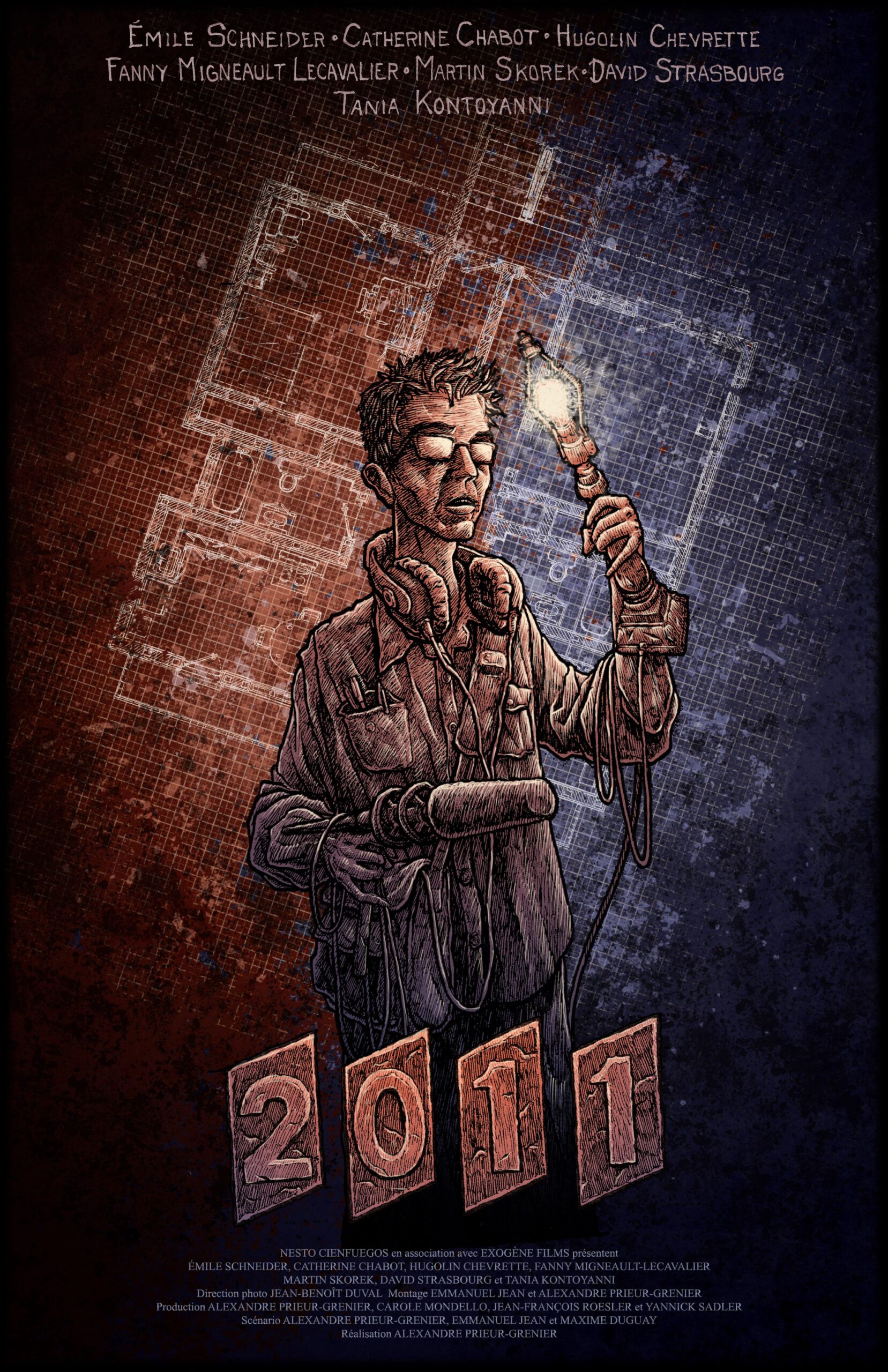 An isolated film editor is tormented by his mysterious neighbour in 2011. The Tenant from 2011 (Émile Schneider) is a young film editor currently working on a feature film The Burning Flesh for independent director Hugo (Hugolin Chevrette). However, the tenant begins to fall into his anxieties through recurring nightmares and the actions of his mysterious neighbour, who watches the tenant at night.

2011 is the highly experimental feature film debut from filmmaker Alexandre Prieur-Grenier, about an unnamed film editor slowly going crazy in the titular apartment. Along with his with on The Burning Flesh, the Tenant from 2011 has to deal with the seductive Woman from the First Floor (Tania Kontoyanni) and her abusive husband (Martin Skorek), the latter of whom keeps complaining to the tenant about the noises coming from his apartment.

With a multilayered narrative that makes heavy use of split-screens and superimposed imagery, it is quite obvious that director Alexandre Prieur-Grenier wasn’t fully intending for 2011 to have a cohesive narrative. In fact, I have to admit that I was confused as hell by the film and I have no idea how it ends up where it ends up. While I did get a similar vibe to Berberian Sound Studio in parts, 2011 was nowhere near as memorable.