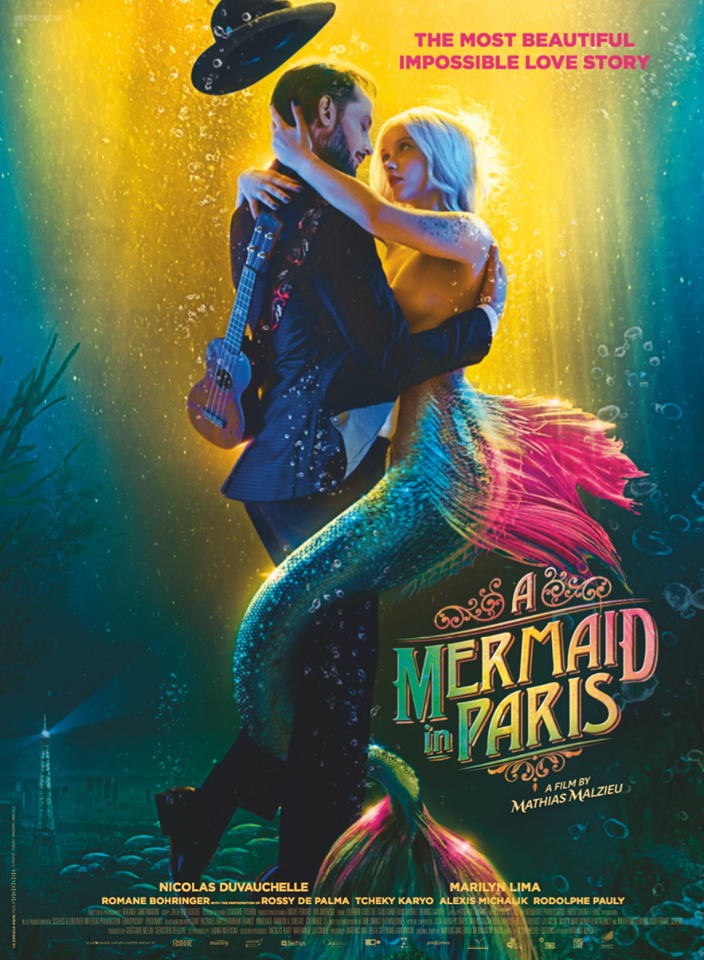 A cabaret singer encounters a mermaid washed up in the City of Lights in A Mermaid in Paris. Gaspard Snow (Nicolas Duvauchelle) is the primary singer at the Flowerburger, a cabaret club run by his family, which has fallen on hard times. One night, Gaspard encounters an injured mermaid named Lula (Marilyn Lima), who has washed up onshore. Immune to her deadly song, Gaspard takes Lula home with him to nurse her back to health. Meanwhile, a doctor named Milena (Romane Bohringer) is desperate to find and capture the mermaid, as vengeance for the siren’s song taking the life of her lover.

A Mermaid in Paris is a Parisian-set romantic fantasy from director and co-writer Mathias Malzieu. At the core of the story is the lonely cabaret singer Gaspard Snow, who saves and slowly falls in love with the mermaid Lula. However, the problem with that is that everyone who falls in love with her eventually dies from a heart attack. Gaspard has two days to return Lula to the ocean before she dies, however, the question is whether he’ll be able to let her go.

A Mermaid in Paris is an absolutely adorable film that is stylistically quite reminiscent of the films of Jean-Pierre Jeunet (Amélie). The two lead actors of Nicolas Duvauchelle and Marilyn Lima have impeccable chemistry as a literal fish-out-water couple. If there are any real criticisms I have about the film, it is the use of Romane Bohringer’s character of Milena to give the film an antagonist, just for the sake of it. However, A Mermaid in Paris still ends up being a quite wonderful romantic fantasy.