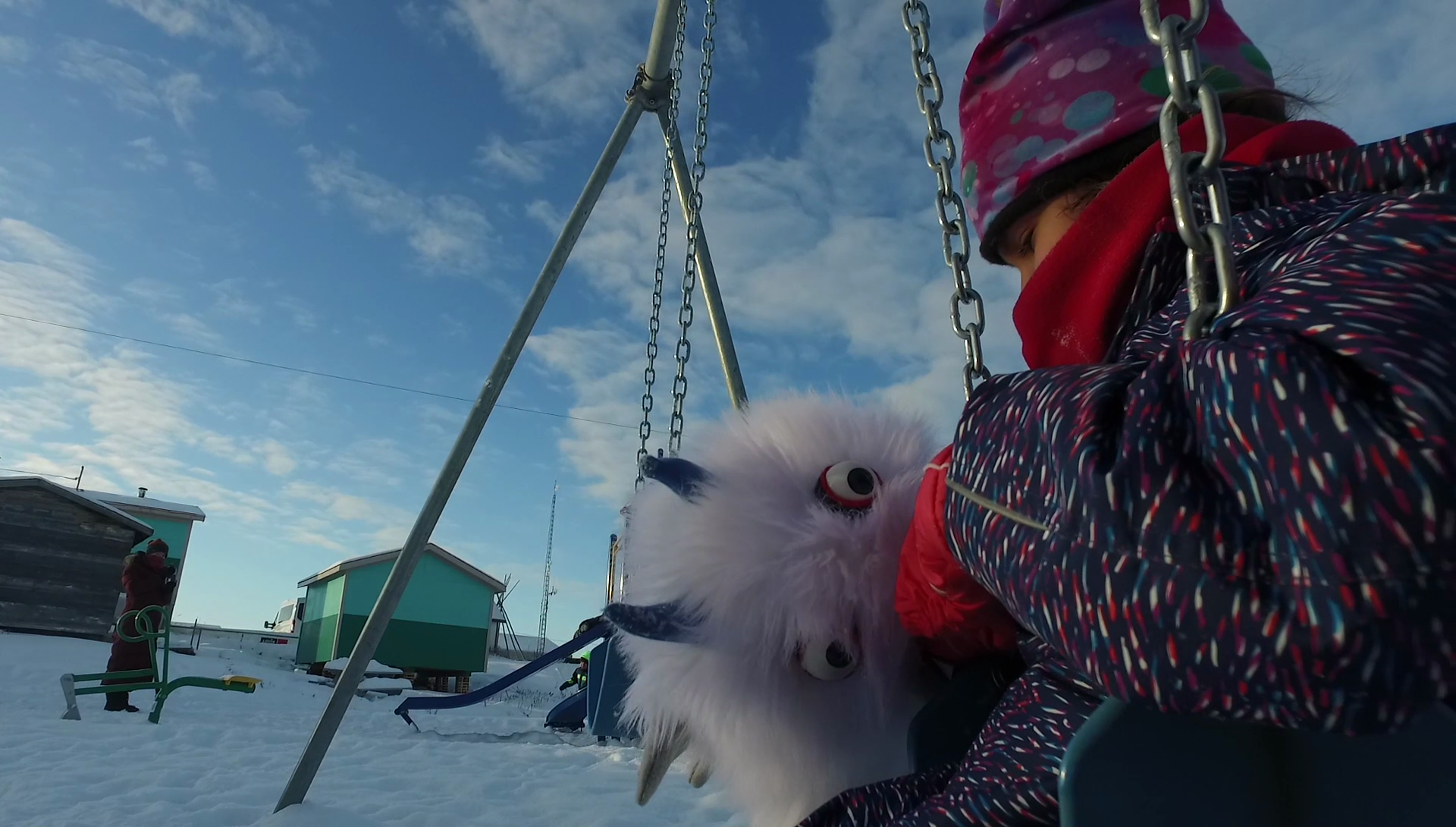 Here are my thoughts on the films that were part of the first Short Film showcase at the 2018 Blood in the Snow Film Festival.

Note: As previously explained, I decided to exclude the short film Quiet Room Bears from my coverage.

A group of kids learn the lesson about covering up to avoid getting frostbite. Frostbite is a very cute short film made by the kids of the Kaw Tay Whee School near Yellowknife in the Northwest Territories. Utilizing a monster puppet to visualize getting frostbite, it is hard not to enjoy this film.

He Likes It Rough

A woman utilizes black magic to get revenge on a man. The title of He Likes It Rough is quite ironic, as the film visualizes what many people would like to do to abusive ex-lovers. A well done little short film.

A woman taking selfies in the washroom begins to notices someone or something behind her. #Selfie is a very short and sweet film that builds up to the final jump scare.

An elf is sent to do Santa’s dirty work, but meets his match in a sociopathic young girl. Santa’s Helper is a darkly humorous short film involving an elf, played by A Christmas Horror Story‘s Ken Hall, who is tasked with delivering a lump of coal to a girl on Santa’s naughty list. I do have to say that any Christmas themed horror short that references Misery is probably one that’s worth watching.

A woman is greeted by a representative from the Department of Alternative Timelines, who wants her to kill her unborn child to prevent a future crime. Greater Good is one of those short films that deals with the immortal “what if” scenario about preventing crimes before they happen. However, this film features a somewhat macabre, yet heartwarming twist.

A woman and her son is constantly met with complaints from her next door neighbor, until she finally decides to do something about it. The Suburbanite is a short film that takes the annoying neighbour trope and adds a bit of a dark twist. While it isn’t too hard to guess where The Suburbanite ends up, it is still a well made film.

A woman working at a gas station encounters a number of people heading out to hunt a beast that has been sighted nearby. Hunting Season is a surprisingly touching short film about a recovering alcoholic and a connection she has with a so-called beast.

A lonely French taxidermist develops a connection with an American hitchhiker. Supine is a short film that can be described as a romantic drama with a dark twist. This is a quite well done story that is even a little bit heartbreaking.