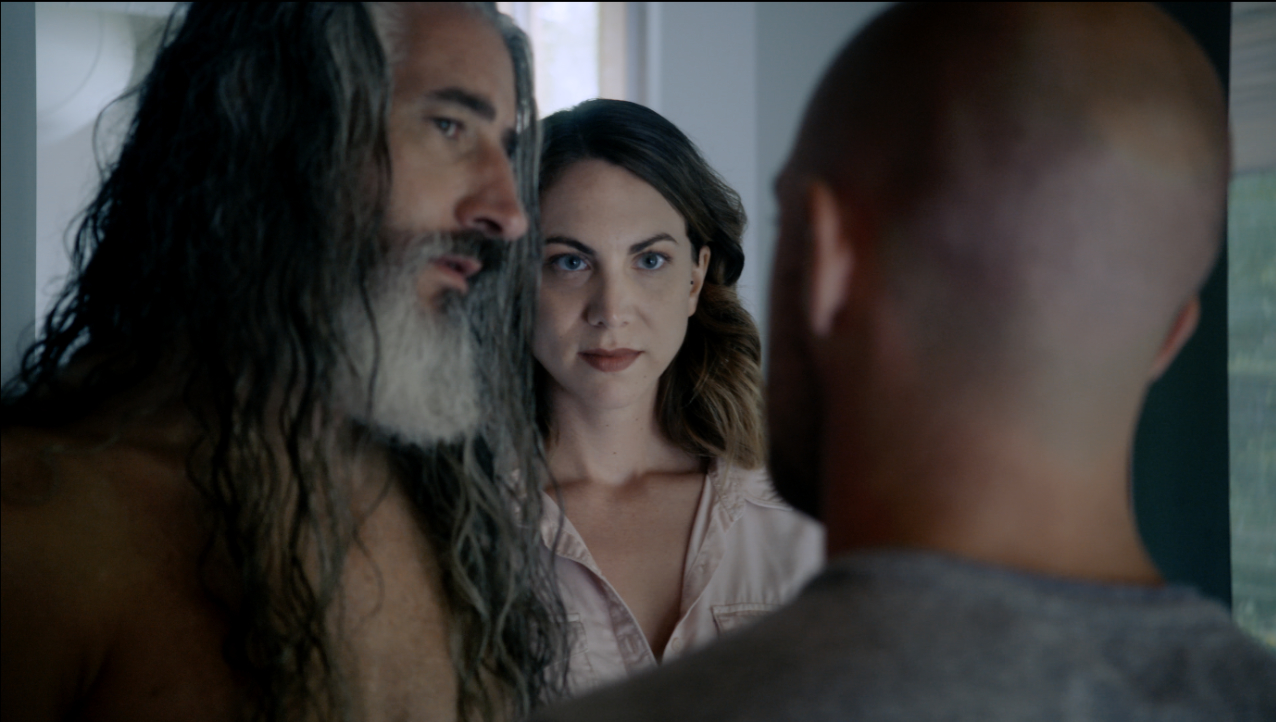 A man suffering from amnesia tries to piece together who he is in Fugue. Malcolm (Jack Foley) wakes up with no memory of who he is. He is greeted by a woman named Helen (Laura Tremblay), who describes herself as Malcolm’s wife. Together with Malcolm’s friend Ian (Mike Donis), Helen tries to jog Malcolm’s memory. However, something is not quite right about this situation, especially after a sudden home invasion that occurs during the night.

Fugue is the feature film debut from writer/director Tomas Street. The plot of the film features a Memento style fractured narrative that spends the first act of the film depicting Malcolm in his fugue state, before rewinding and opening the curtains about what is really occurring. As such, this is probably one of those films that are best seeing knowing as little as possible about the specific plot details, even though it is quite obvious from the start that everything is not as it appears to be.

Having been produced for a relatively low budget, Fugue is a quite well done thriller. The film truly keeps you guessing about what is going on, until Tomas Street decides to show his hand around the halfway point. Even then, the film continues to evolve, as it turns into a much different type of thriller. Overall, Fugue is a very solid and well done film.