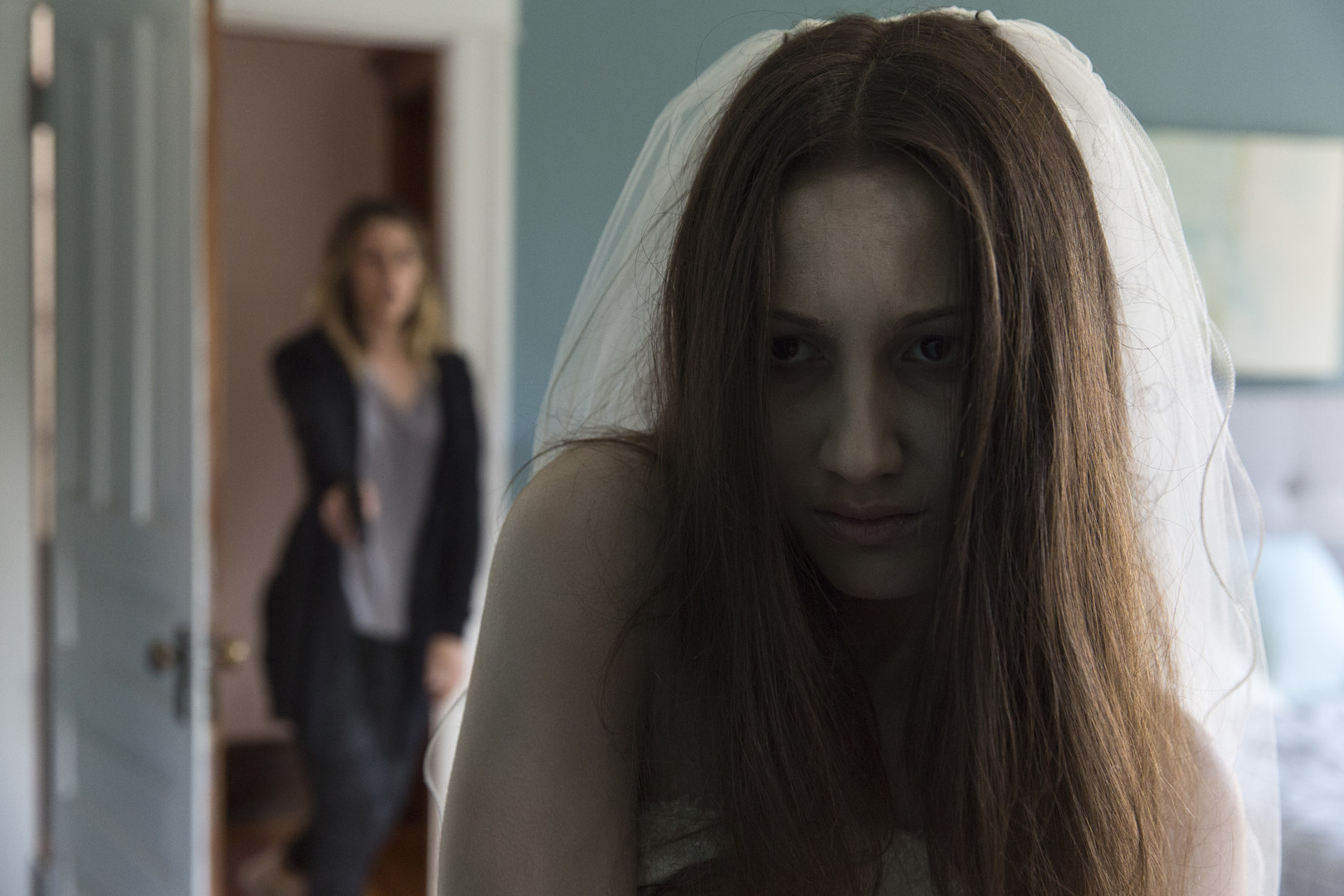 A woman is targeted by an evil spirit after she suffers from a miscarriage in Isabelle. Larissa Kane (Amanda Crew) and her husband Matt (Adam Brody) move into a new house, with Amanda expecting the couple’s first child. While greeting her unusual next door neighbour Ann Pelway (Sheila McCarthy), Amanda suffer’s a sudden miscarriage that results in her being clinically dead for a minute. While grieving her unborn son’s death, Amanda begins to be disturbed by Ann’s daughter Isabelle (Zoë Belkin), who is always staring at Amanda from her bedroom window.

Isabelle, aka The Wanting, is a supernatural horror film from director Robert Haydon, about a young woman who is suffering from depression following the loss of her baby, which makes her the target of an evil spirit that does not want to leave. The cast of the film features a few notable names, including Adam Brody (The O.C.) and legendary Canadian actress Sheila McCarthy (I’ve Heard the Mermaids Singing).

Isabelle is the type of supernatural horror film that thinks it is being scary, but is actually coming off as quite cheesy, especially with the decision to depict a ghost with bluish-grey skin and glowing red eyes. The only true saving grace of Isabelle is the stunt casting of Sheila McCarthy, who over-delivers in her very brief role. With the film also featuring shameless allusions to The Changeling, it is only a reminder that there have been better supernatural horror films to come out of Canada than Isabelle.