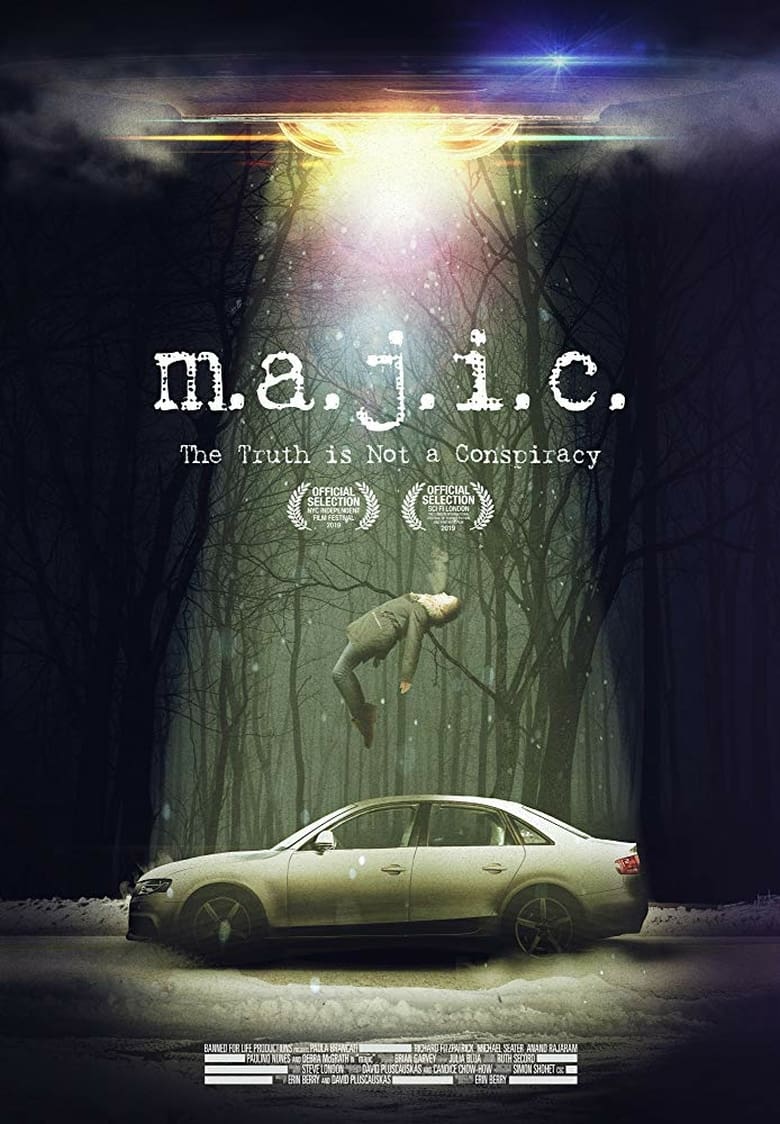 A YouTuber finds herself caught up in a decades-old UFO conspiracy in Majic. Pippa Bernwood (Paula Brancati) is a young woman who hosts The Alarm Clock, a YouTube series that sets out to debunk conspiracy theories. Under the backdrop of the 2008 U.S. Presidential election, Bernwood is contacted by Richard Anderson (Richard Fitzpatrick), a man who used to work for the covert spy agency Majestic-12, better known as Majic. Anderson reveals that ever since Roswell, humanity has been in the middle of a war between two extraterrestrial races, who have the power to manipulate time and reality. As Pippa begins to dig deeper into this conspiracy, her view of the world forever begins to change.

Majic is a UFO conspiracy thriller from director and co-writer Erin Berry, which can almost be described as “The X-Files meets The Twilight Zone.” Pippa Bernwood is strict skeptic when it comes to conspiracy theories, though her interactions with Richard Anderson causes her to doubt her sense of reality. At the core of this mystery is the spy agency Majestic-12, also known under the cover identity of the Janet Corporation and its mysterious CEO Raymond Spector (Paulino Nunes), who hasn’t to have aged in multiple decades.

Majic is a very low-key and almost play-like conspiracy thriller, with the bulk of the film being structured in the form of lengthy conversations between the half dozen or so central characters. While the plot does take a little while to truly get going, Majic does end up having some clever twists and turns, which works in real conspiracy theories involving Roswell and alien abductions, and you will be left by the end questioning your state of realiy and what the truth truly is.