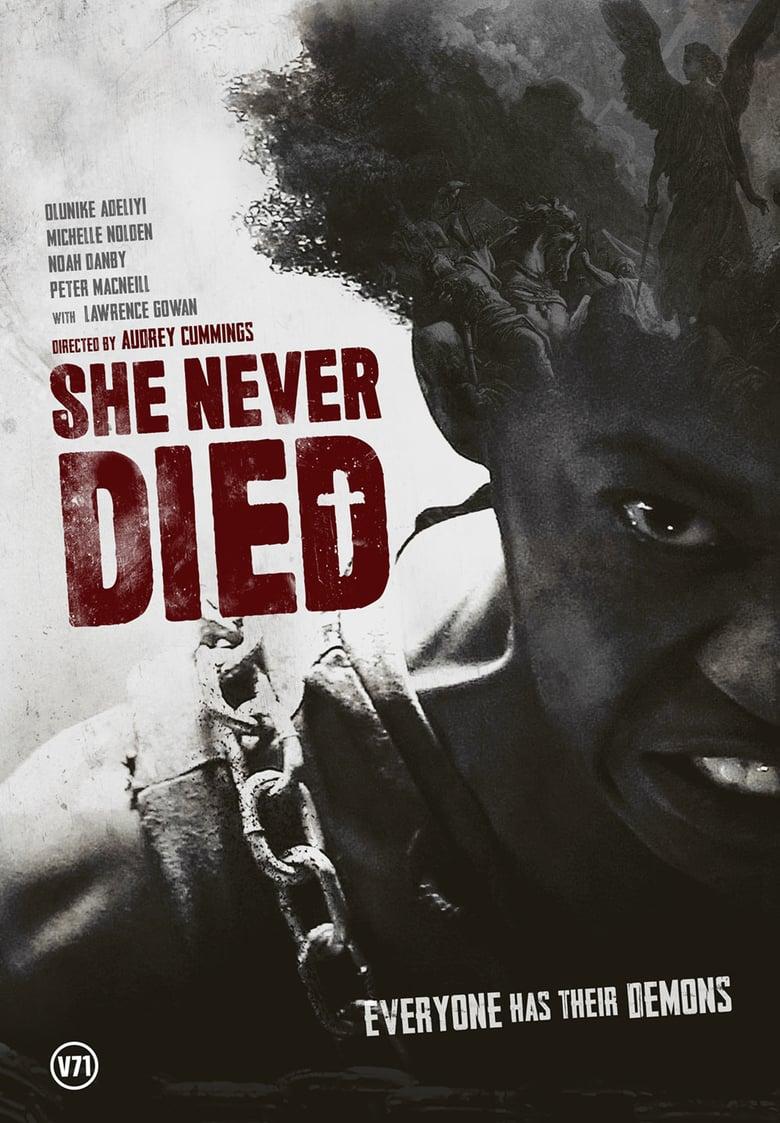 A police detective enlists the help of a mysterious cannibalistic woman to take down a human trafficking ring in She Never Died. Over the past number of months, Detective Godfrey (Peter MacNeill) has been tracking a possible human trafficking ring headed by Terrance (Noah Danby) and his sister Meredith (Michelle Nolden). While staking out a warehouse, Godfrey encounters a homeless woman named Lacey (Olunike Adeliyi), who is seemingly invincible and has a taste for human flesh. Godfrey proceeds to enlist Lacey to take down a known associate of Terrance and in the process, Lacey ends up rescuing a kidnapped girl named Suzzie (Kiana Madeira). However, Lacey’s inability to die attracts the attention of Terrance, who sets out to capture her.

She Never Died is a very loose sequel to 2015’s He Never Died, with returning screenwriter Jason Krawczyk enlisting director Audrey Cummings (Berkshire County, Darken) to direct the female perspective of this story of a cannibalistic fallen angel wandering the Earth. Despite her hunger for human flesh, Lacie has a very passive demeanour, which results in many awkward and humorous encounters with both Detective Godfrey and Suzzie. However, Lacey becomes a target of Terrance, who wants to use her invincibility for his snuff films.

It probably isn’t correct to call She Never Died a sequel to He Never Died, since this is more a separate story set within the same universe. As such, save for some minor world-building, it isn’t really that necessary to watch the previous film beforehand. Reuniting with Darken director Audrey Cummings, She Never Died is very much built upon the performance of Olunike Adeliyi as Lacey, who goes back and forth between being stoic and vicious. Overall, She Never Died is a solid action-thriller that is both its own film, while also setting up further stories in this universe.