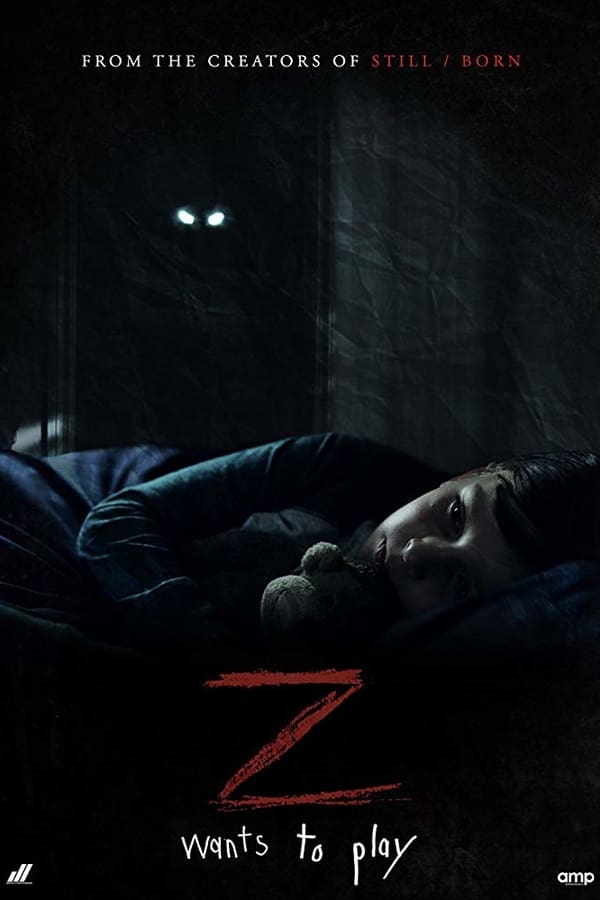 ?.?
Z (2019) 1h 23min | Horror, Thriller | 1 June 2019 (USA)
Director: Brandon ChristensenWriters: Brandon Christensen, Colin MinihanStars: Keegan Connor Tracy, Jett Klyne, Sean Rogerson
Summary: A family find themselves terrorized by their eight-year-old son's imaginary friend.
Countries: CanadaLanguages: English
Source: imdb.comDisclaimer: This plugin has been coded to automatically quote data from imdb.com. Not available for any other purpose. All showing data have a link to imdb.com. The user is responsible for any other use or change codes.

An 8-year-old boy’s new friend turns out to be more than just imaginary in Z. Elizabeth Parsons (Keegan Connor Tracy) and her husband Kevin (Sean Rogerson) discovers that their 8-year-old son Josh (Jett Klyne) has a new imaginary friend that he simply calls “Z.” Elizabeth and Josh initially play along with Josh, however, something doesn’t seem right once Josh is suspended from school for violent behaviour and the other kids his age refuse to play with him. Taking Josh to see child psychiatrist Doctor Seager (Stephen McHattie), Elizabeth learns some shocking information about the true nature of “Z.”

Writer/director Brandon Christensen (Still/Born) takes a page out of The Babadook for this quite creepy supernatural horror film. In addition to dealing with her son’s new “imaginary” friend “Z,” Elizabeth has also keep coping with her dying mother and substance-abusing sister Jenna (Sara Canning). As Josh’s behaviour becomes much more disturbing, Elizabeth has to find a way to stop the influence of “Z” on their lives, which includes digging up some repressed memories from the past.

Z is a film that is quite successful in generating the scares, ranging from small moments such as a “Speak & Spell” toy going off to quite possibly one of the most shocking and unexpected moments I’ve seen in a horror film this year. I would give Z higher praise if it wasn’t for the fact that the film peaks at the end of the second act and doesn’t quite stick the landing with a third act that is a bit too long. However, despite all that, Z is still successful at being a supernatural horror film that will get under your skin.