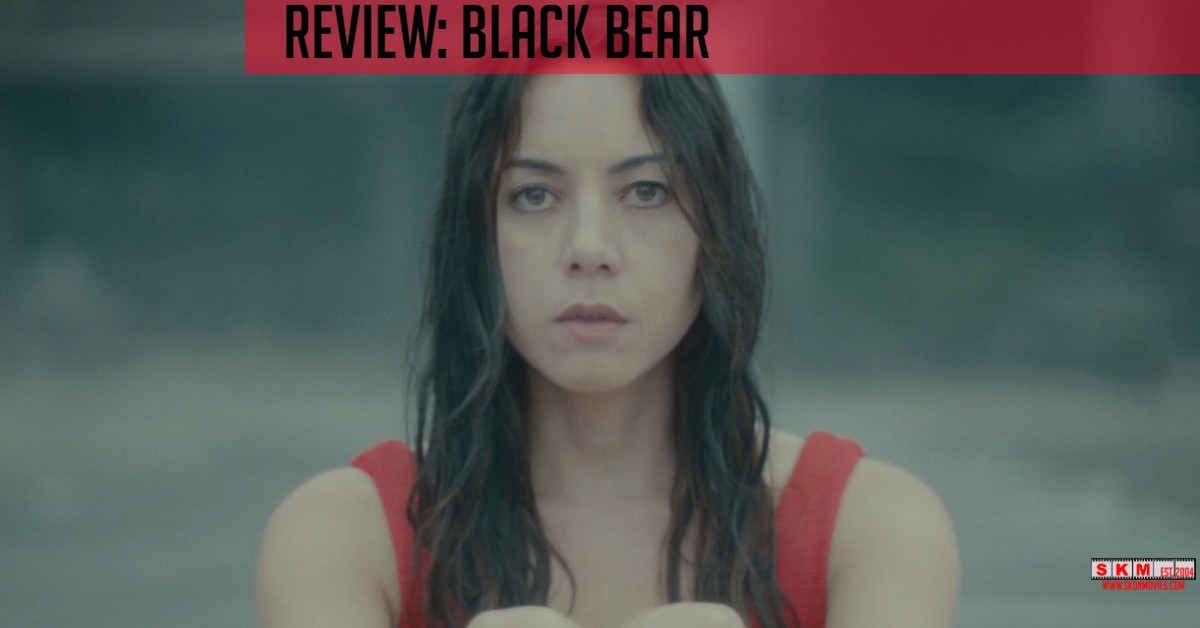 A filmmaker confronts her demons at a rural retreat in Black Bear. Alison (Aubrey Plaza) is a filmmaker suffering from writer’s block, who rents a room at an isolated cabin owned by Gabe (Christopher Abbott) and his pregnant girlfriend Blair (Sarah Gadon). While hoping to find inspiration for her next film, Alison gets to know her hosts, as the three end up falling into a game of desire, manipulation, and jealousy. It isn’t long until the lines between reality and fiction get blurred within Alison’s fractured mindset.

Black Bear is a dark comedy from writer/director Lawrence Michael Levine, which tells the story of Alison, an actress-turned-filmmaker who travels to a remote lake house in the Adirondack Mountains to help cope with her writer’s block. Alison’s hosts Gabe and Blair initially come off as a friendly couple, but it soon becomes apparent that there is a strain within their relationship, as Gabe takes issue with the pregnant Blair drinking too much wine or Blair taking issue with Gabe’s obvious attraction towards Alison. However, when the tension between the three seems to be at its peak, the plot veers off in a very unexpected direction.

It can be surmised that your enjoyment of Black Bear is dependant on the very sudden meta turn the film makes in the second half. I have to admit that I was kind of digging the first half of the film, which focused entirely on the trio played by Aubrey Plaza, Christopher Abbott, Sarah Gadon, whose interactions become increasingly more tense as time goes on. However, the film then switches to a new chapter and without spoiling too much, we get to see the characters of Alison, Gabe, and Blair from a totally different perspective, which in some ways reminds me of a similar turn that happens in David Lynch’s Mulholland Drive and probably just as confusing.

Black Bear features a recurring motif of Alison going swimming in a lake and that along with various sightings of a titular black bear around the cabin can suggest that most of the plot of the film can be interpreted as a visualization of Alison’s thought process surrounding the film her character is trying to write. Even so, I do have to admit that I enjoyed the first half of the film much better than the second, which perhaps became a little too meta for my liking, which ultimately affects my final opinion on the film.