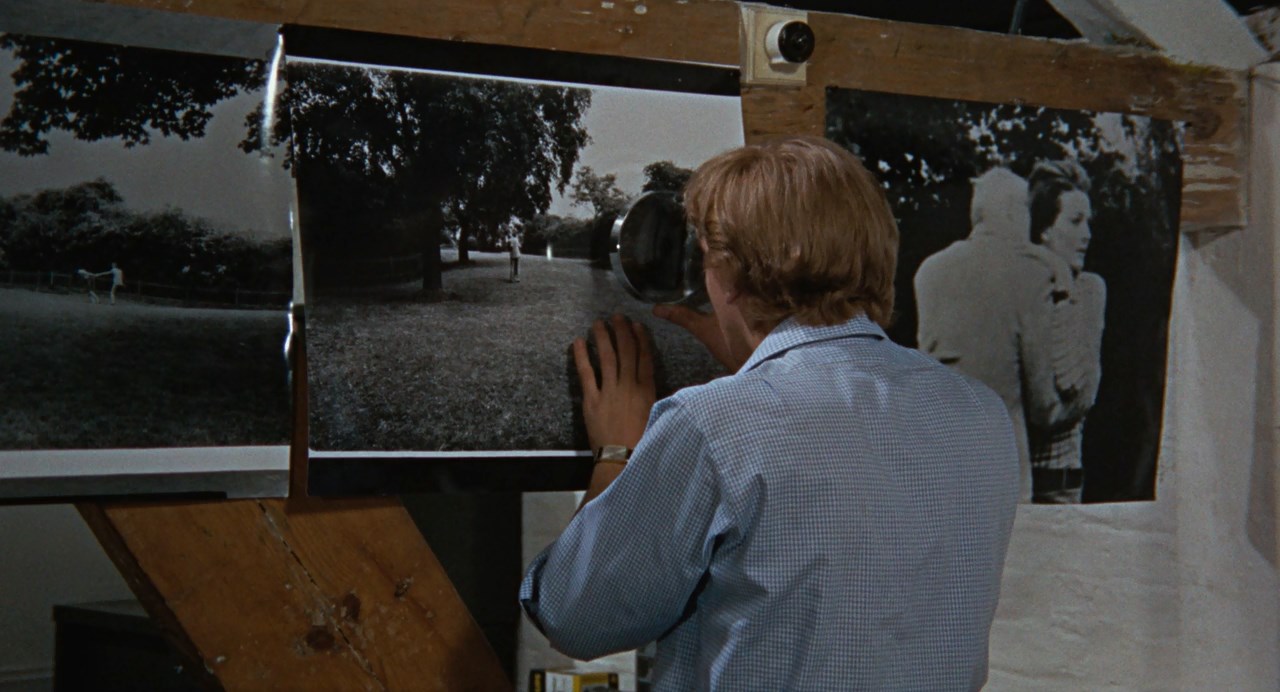 This month I watched Michelangelo Antonioni’s 1966 English language debut Blow-Up. Thomas (David Hemmings) is a highly successful London photographer, who one day begins taking pictures of a loving couple in a park. When, the woman lover, Jane (Vanessa Redgrave) discovers this she is infuriated and demands that Thomas give her the film. With his curiosity peaked, Thomas examined blown up photographs of the scene to discover that he had perhaps photographed an attempted murder.

It is hard to pin down what type of film Blow-Up is trying to be. On the surface, the plot is a murder mystery about a photographer inadvertently capturing an attempted murder in his photos, which is a plot that would later influence films such as Francis Ford Coppola’s The Conversation and Brian De Palma’s similarly titled Blow Out. However, on the flip side, Blow-Up is a portrayal of the “Swinging Sixties,” with liberal depictions of sex, drugs, and rock ‘n’ roll, the latter coming in the form of a performance by The Yardbirds, featuring both Jimmy Page and Jeff Beck on guitar.

One aspect of Blow-Up that does not really sit well in today’s day and age is that Thomas is a somewhat of misogynistic playboy, who treats women as sexual objects. This includes a highly sexual photoshoot with real-life model Veruschka, later parodied in the Austin Powers films, and a scene with two wannabe models that shows hints of sexual assault, before evolving into a “playful” menage a trois, complete with what was reportedly the first depiction of full-frontal female nudity in a British film. In fact, even the female protagonists of Blow-Up get the short shift. Vanessa Redgrave only has one major sequence in the film and she spends like half of it topless, albeit strategically covered. Then there’s Sarah Miles as Thomas’ sometimes lover Patricia, who only appears in three scenes of the film.

Blow-Up literally fades away by the end, with the film featuring no real resolution to the mystery the film has been building up. Apparently the reason for this is that the film went overbudget and Michelangelo Antonioni couldn’t film the scenes that would have wrapped up the story. Instead, the film ends on a more ambiguous note, with you questioning whether there was anything in the photos to begin with. Also, there are mimes for no apparent reason.