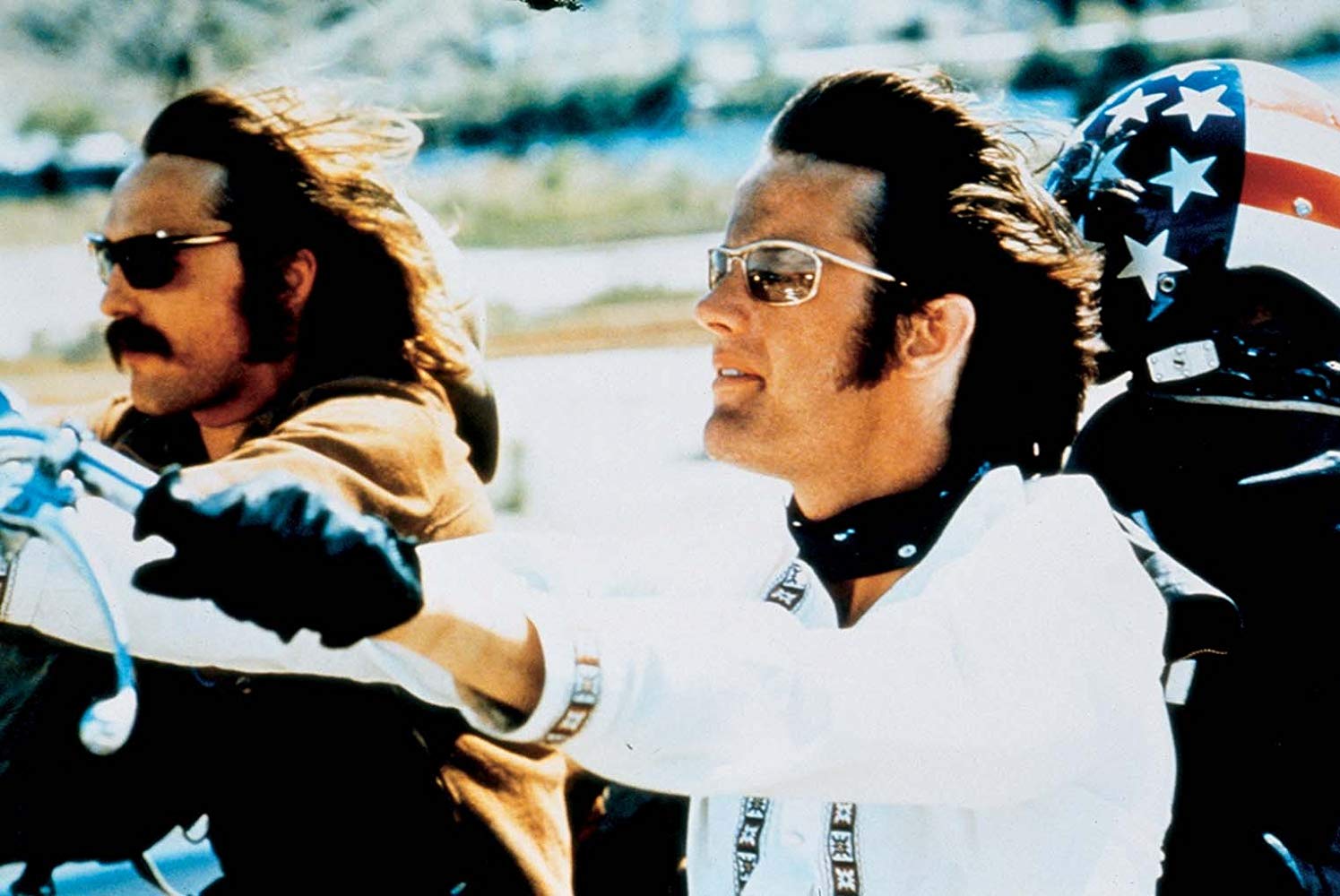 I move from cars to motorcycles this month with 1969’s Easy Rider. Wyatt (Peter Fonda) and Billy (Dennis Hopper) are two freewheeling bikers, who have just completed a cocaine drug deal. With the money stashed away in the gas tank of Wyatt’s chopper, the two go set off from Los Angeles to New Orleans, hoping to arrive in time for Mardi Gras. Along the way, the two have a series of adventures and meet interesting individuals, the most prominent of which being ACLU lawyer George Hanson (Jack Nicholson).

In many ways, Easy Rider is a fitting follow-up to last month’s blindspot selection of Vanishing Point, since they are ultimately very similar types of movies. However, I could probably say that Easy Rider is the more laid back of the two movies, with the film not really having a story aside from the cross-country motorcycle trip.

Probably one of the infamous elements of Easy Rider is the fact that Peter Fonda and Dennis Hopper didn’t really write a proper script for the film, which much of the dialogue being improvised and action being filmed by friends and people picked up at hippie communes. The only true semblance of any real story comes in the second act when Jack Nicholson, in one of his breakout roles, enters the fray as George Hanson. Probably the most memorable scene in the film has all three of them setting around a fire and smoking marijuana (for real) and talking about the state of America.

Another element of Easy Rider that really sticks out is the soundtrack that includes Steppenwolf’s “Born to Be Wild” and The Band’s “The Weight.” “Born to Be Wild” in particular, which plays during the opening credits, has almost become synonymous with the film’s biker themes. Many of the song in the film are played along silent shots of Wyatt and Billy riding their bikes down the highway.

Ultimately, I have to admit that Easy Rider was not exactly the type of film that I was expecting it to be, with the counterculture of the 1960s playing a heavy role in the plot of the film. It is also somewhat off-putting that one of the climatic moments of Easy Rider involves an extended acid trip in a cemetery.

Even though it’s a film that helped pave the way for the cinema of the New Hollywood cinema of the 1970s, ultimately I have to admit that Easy Rider didn’t leave too much of a impression on me.