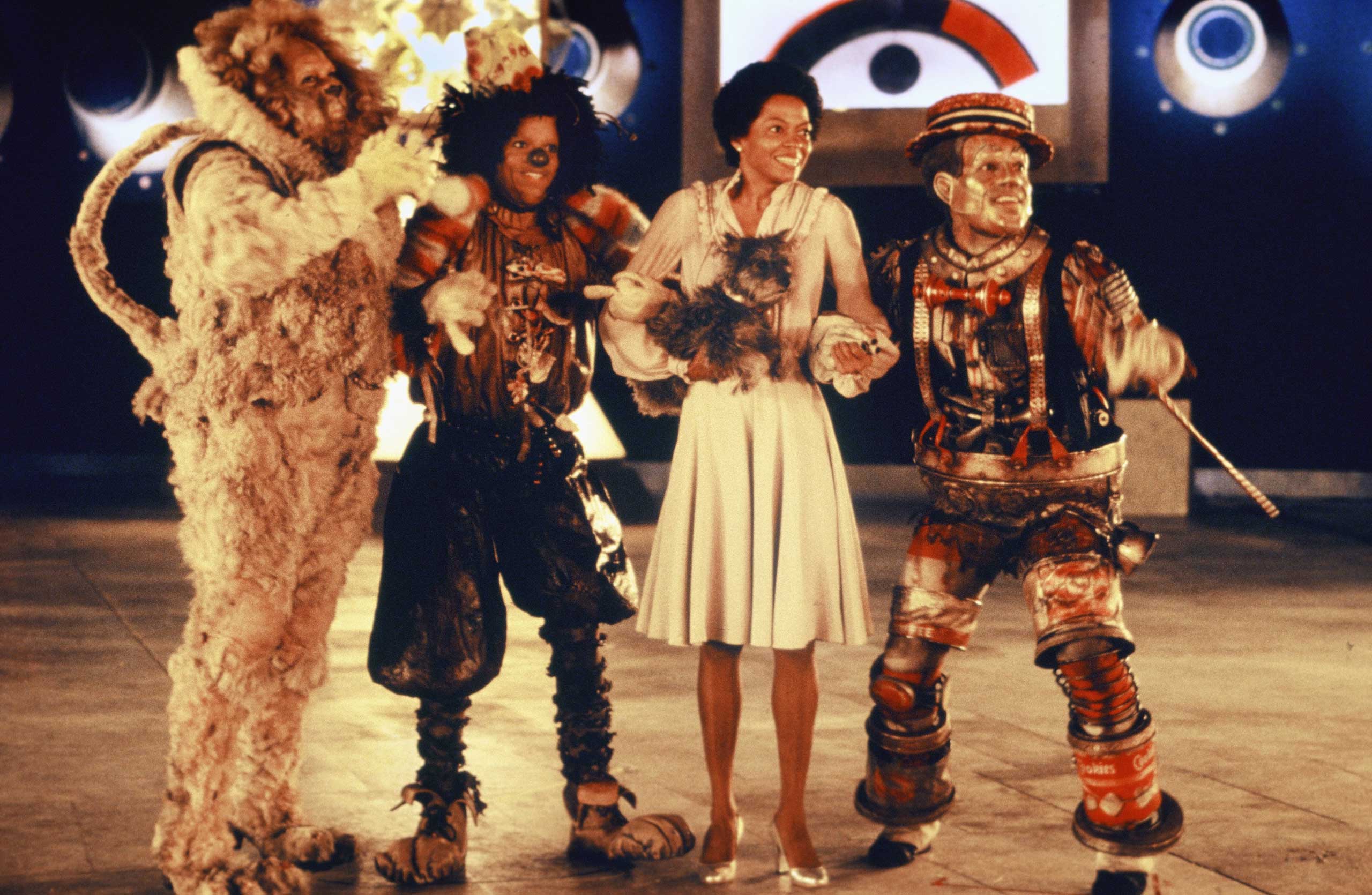 This month I watched this African-American retelling of The Wizard of Oz. Dorothy (Diana Ross) is a 24 year old Harlem schoolteacher, who chases her dog Toto out into a snowstorm and ends up being carried away by a whirlwind into the magical land of Oz. Accidentally killing Evermean, the Wicked Witch of the East, Dorothy is given the witch’s silver slippers and is instructed to visit The Wiz (Richard Pryor) to get help on how to return home. While traveling along the yellow brick road, Dorothy becomes friends a Scarecrow (Michael Jackson), Tin Man (Nipsey Russell), and Cowardly Lion (Ted Ross) and crosses pats with the Wicked Witch of the West, Evillene (Mabel King).

The Wiz is the big screen adaptation of the 1975 Tony Award winning Broadway musical, which retells the story of The Wizard of Oz in an urban African-American context, with 1970s Manhattan standing in for the land of Oz. The original plan was for the stage musical’s star Stephanie Mills to reprise her role as Dorothy for the film, however Diana Ross successfully campaigned for the role, despite the fact that she was much older that Mills. However, a number of the stage actors do end up reprising their roles in the film, specifically Ted Ross as the Cowardly Lion and Mabel King as Evillene, the Wicked Witch of the West.

Even though The Wiz is very much an African American story, it is kind of odd that it was directed by white filmmaker Sidney Lumet, based on a screenplay by Joel Schumacher. That’s probably part of the reason why The Wiz is somewhat of an underwhelming film. While the songs are quite decent, particularly the signature number “Ease on Down the Road,” the acting in the film really leaves something to be desired, especially since most of the cast are excellent singers, but not really proven for their acting ability.

Other than Diana Ross in the lead role as Dorothy, the other major standout in the cast is a 20 year old Michael Jackson as the Scarecrow. At the time, Jackson was still primarily known as a member of the Jackson 5, however his work on the film introduced him to musical supervisor Quincy Jones, who would go on to produce Jackson’s 1979 album “Off the Wall,” which was arguable his first major solo success. Surprisingly, Jackson doesn’t have too many songs in The Wiz, though his duet with Diana Ross on “Ease on Down the Road” was arguably the highlight of the film.

These days, I would say that The Wiz is probably more interesting as a time capsule of 1970s New York than a classic piece of cinema. While the songs do stand the test of the time, the rest of the film does leaving something major to be desired.