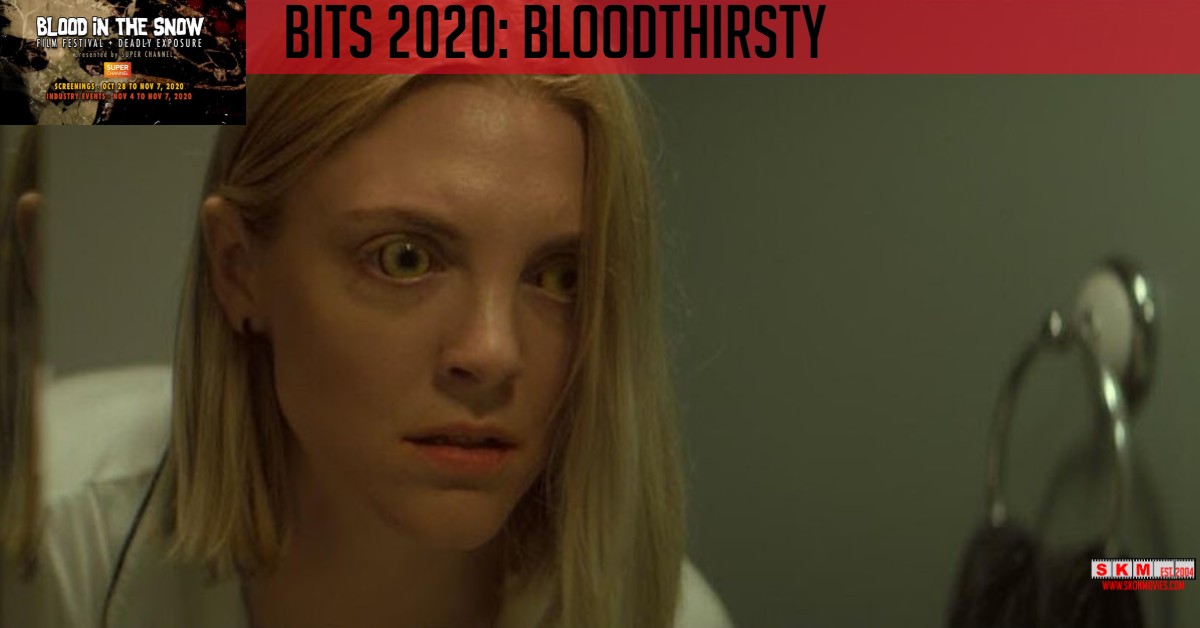 A singer-songwriter is encouraged by her new producer to give in to her primal instincts in Bloodthirsty. Grey (Lauren Beatty) is a popular singer, who is preparing to record her second album, yet she is also plagued by vivid hallucinations, where she believes that she is turning into some kind of animal. Grey travels with her girlfriend Charlie (Katharine King So) to the isolated home of music producer Vaughn Daniels (Greg Bryk), who was previously suspected of murdering his wife Greta. Together, Grey and Vaughn work on the album, with the latter encouraging Grey to give in to her emerging animal instincts.

Bloodthirsty is a film directed by Amelia Moses (Bleed with Me) and written and produced by Wendy Hill-Tout, along with her singer-songwriter daughter Lowell, who also wrote the songs featured in the film. Without getting into too specific detail about the plot, Bloodthirsty can be seen as a film about the struggles of a singer-songwriter to record her sophomore album, with a bit of a lycanthropic twist. The film features a quite small cast lead by Bleed with Me‘s Lauren Beatty as Grey, along with Greg Bryk (A History of Violence), Katharine King So (Transplant), and a bookending cameo by Michael Ironside as Grey’s psychiatrist Dr. Swan.

It is fitting that Bloodthirsty is arriving around the 20th anniversary of 2000’s Ginger Snaps since both are female-centric werewolf stories that use lycanthropy as a metaphor for what’s going on in the protagonist’s personal life, which is also illustrated through the lyrics of Grey’s songs. Director Amelia Moses also holds her influences on her sleeve, which includes An American Werewolf in London, specifically through a well-executed transformation scene, and 2016’s Raw. While Bloodthirsty does take a while to truly get going, it ends up being a fitting addition to the Canadian werewolf canon.