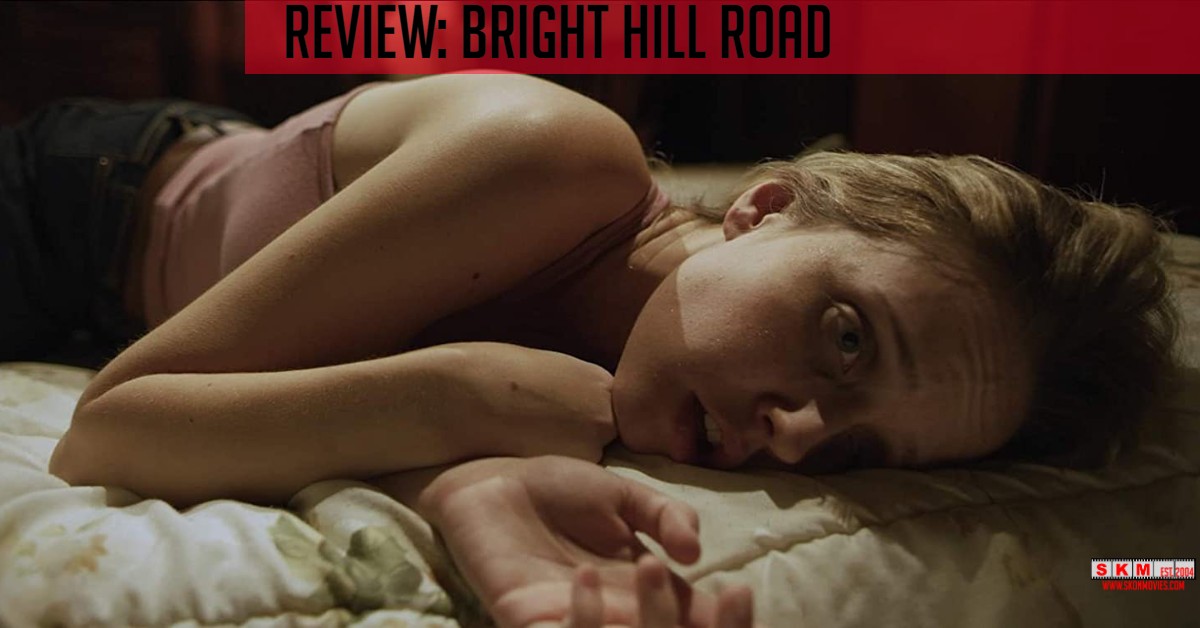 A woman faces her demons while staying at an isolated hotel in Bright Hill Road. Marcy (Siobhan Williams) is an HR rep with a drinking problem, who is put on leave from her job after her drunken negligence indirectly leads to a mass shooting by a recently fired employee. Marcy decided to drive cross-country to visit her sister Mia and along the way she stops off at the Bright Hill Road Boarding House run by Mrs. Innam (Agam Darshi). However, it soon becomes apparent that Bright Hill Road is no ordinary boarding house, as Marcy finds herself being forced to come face-to-face with the misdeeds of her past.

Bright Hill Road is a horror film from director Robert Cuffley and writer Susie Moloney, which stars Siobhan Williams (Adventures in Public School) as alcoholic woman Marcy, whose drinking on the job resulted in her ignoring the warnings that the employee she just fired was going to come back with a gun. Freshly relieved from her job, Marcy prepares to drive to California and ends up deciding to say at the Bright Hill Road Boarding House for a few days, after Marcy is found sleeping in her car by the proprietor Mrs. Innam. Arriving in her room the find a complimentary bottle of wine, Marcy goes on a drinking binge and it isn’t long before she is haunted by the voice of her alcoholic father and the mysterious cries of a woman.

The next day when she is ready to leave, Marcy finds that she is unable to get to her car without passing out. In addition, she finds herself disturbed by the creepy behaviour of the boarding house’s only other visitor Owen (Michael Eklund). It is not long before Marcy begins to realize the true nature of this boarding house at the side of the road.

With the exception of the women ten minutes and its depiction of a bloody mass shooting at Marcy’s office, Bright Hill Road is a film that takes place entirely at the titular boarding house, with a cast of only three main characters. This, along with the supernatural nature of the plot, results in Bright Hill Road being a story that comparable to Stephen King’s short story 1408 and its 2007 film adaptation. However, the film still has its issues and Bright Hill Road doesn’t truly begin to hit its stride until well past the midway mark.

Part of the issues I had with the film involved the lead performance by Siobhan Williams, whose character of Marcy isn’t a particularly sympathetic protagonist, with the character’s binge drinking early on being completely unbelievable and almost comical. Things begin to improve somewhat with the introduction of Michael Eklund as Owen, if only because it gives Marcy another character work off of, other than Agam Darshi as the enigmatic Mrs. Inman.

Altogether, despite having some plot issues and a predictable outcome, Bright Hill Road is ultimately a passable supernatural horror film.