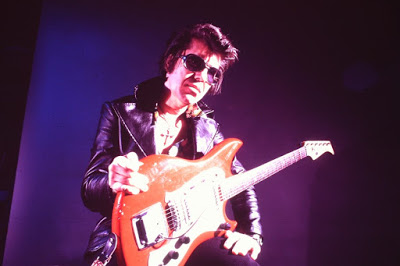 
The indigenous contributions to music history are revealed in Rumble: The Indians Who Rocked the World. In 1907, the first recording of native music was made, since it was believed that the culture of the First Nation’s community would disappear. However, as it turns out, the indigenous community have made quite on music history. From the influential rifts of Link Wray’s to Jimi Hendrix’s celebration of his Cherokee roots, the native influence permeates through music of all genres.

Named after the 1958 rock instrumental by Shawnee rock guitarist Link Wray, which influenced the likes of Slash, Iggy Pop, and Pete Townsend, Rumble: The Indians Who Rocked the World is an eye opening look at how ingrained into music history the First Nation’s community is. Going as far back as African American/Choctaw blue guitarist Charlie Patton in the 1920s, Rumble features examples of musicians from all genres, whose native ancestry might not be immediately apparent, particularly since opted to hide this part of themselves.

I have to admit that I was surprised that some of artists featured Rumble: The Indians Who Rocked the World had native ancestry, particularly Robbie Robertson of The Band, who has a Mohawk background. Produced by Apache guitarist Stevie Salas and directed by Catherine Bainbridge (Reel Injun), Rumble: The Indians Who Rocked the world is a film that really shows how much indigenous culture has permeated into the history of popular music.