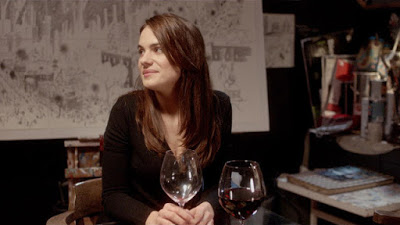 A single mother tries to turn her life around, while dealing with her addict ex-husband in Luba. Luba (Nicole Maroon) is a single mother struggling to make ends meet, while raising her six year old son Matty (Porter Schaefer). At the same time, Luba has to deal with her ex-husband Donnie (Vladimir Jon Cubrt), who has relapsed into his crack addiction.

Written by co-star Vladimir Jon Cubrt and directed by Caley Wilson, Luba is a family melodrama about a single mother trying to protect her son from her drug addicted husband. As the film starts, Donnie seems like he has turned his life around, with him currently living with his mother Nancy (Jillian Rees-Brown). However, it is not too long before Donnie relapses and Luba must struggle to protect her family, with a confused Matty stuck in the middle.

Luba is the type of melodrama that will likely leave those who watch it feeling depressed. You are left feeling deeply for Luba as she struggles with finding a career, while also facing some resentment from her son for keeping him away from his father. There are many times in the film where you are left feeling the worst, though thankfully the film opts to leave you will some hope that Luba will turn out OK.