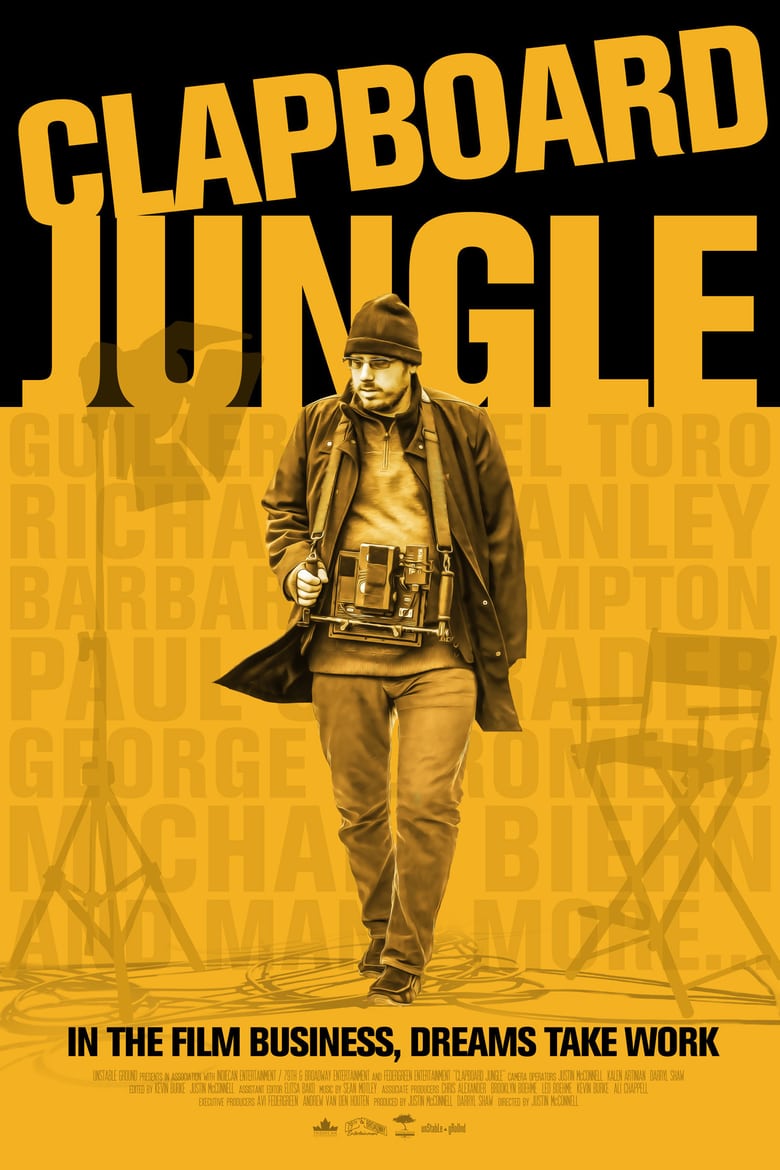 Full Disclosure: I have personally known Justin McConnell since 2012 and I was an Indiegogo contributor for this documentary

Filmmaker Justin McConnell uses his own experiences as a jumping-off point for a discussion on how the independent film business works in Clapboard Jungle. It has been Justin McConnell’s dream of breaking into the film business since the age of 15, however, his burgeoning career hit a slump after the death of his creative partner and the less-than-stellar response to his 2011 feature debut The Collapsed. Over the course of a five year period, Justin documents his struggle to get one of his film projects off the ground.

Simply put, Clapboard Jungle is a documentary about how it’s probably more difficult today for an independent filmmaker to get their career off the ground than ever before. Justin McConnell uses his own career as the main case study of the documentary, with Clapboard Jungle‘s story progressively evolving to become about McConnell’s efforts to make his 2018 film Lifechanger, which had many ups and downs during its production cycle. McConnell’s story is supported by a who’s who of individuals giving their opinions on the film industry, including Guillermo del Toro, Michael Biehn, George A. Romero, and Dick Miller.

The ultimate goal of Clapboard Jungle is to be a guide for aspiring filmmakers hoping to break into the business and the plan is for the documentary to be expanded from a feature film into an 8 episode educational series. However, even in feature-length form, Clapboard Jungle provides a brutally honest look at how gosh darn hard it is to break into the film industry, from writing a good script to attending markets and finding funding to finally crossing the finish line. Altogether, Clapboard Jungle is a must-watch for anyone who dreams of someday making movies.