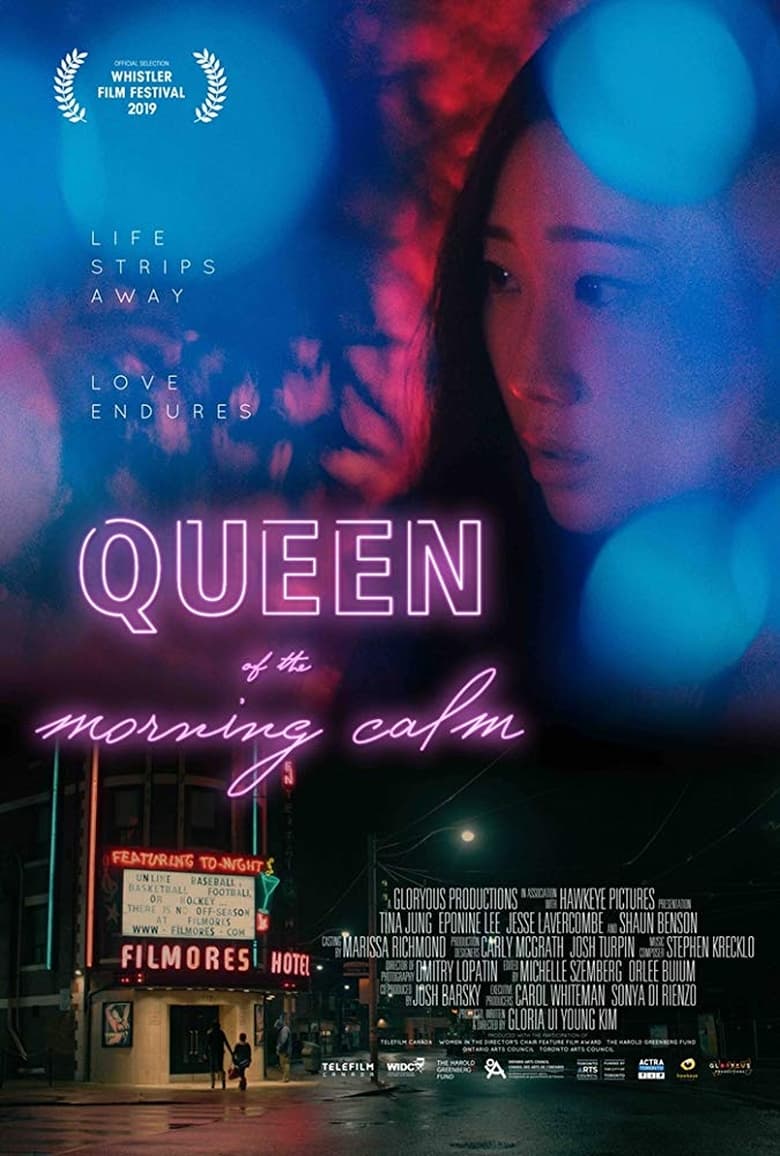 A Toronto sex worker hopes for a better life for her and her daughter in Queen of the Morning Calm. Debra (Tina Jung) is a 29-year-old Korean-Canadian, who has been working as a stripper while she finishes her studies to become an accountant. However, life is hard for Debra, since she has to care for her nearly 10-year-old daughter Mona (Eponine Lee), while Debra’s absentee boyfriend Sarge (Jesse LaVercombe) gambles away any money she earns. When Debra and Mona are at their lowest, they are taken in by kind pawnshop owner Ian (Shaun Benson), who gives them a chance at a fresh start.

Queen of the Morning Calm is the debut feature film from Korean-Canadian writer/director Gloria Ui Young Kim. The film stars Tina Jung (Kim’s Convenience) as struggling stripper Debra, who has had a rough past and is trying her best to make life better for herself and her daughter Mona. However, it turns out Mona is a victim of bullying over her mother’s choice of profession, which only serves to make life more difficult for them, especially as Sarge’s absence makes it difficult for Debra to pay the rent on their apartment.

While it’s the intension of Gloria Ui Young Kim to make Queen of the Morning Calm an empowering female-driven story about the bond between a mother and her daughter, I frankly found the film to be a bit of a frustrating watch. Part of this comes from how Mona, either directly or not, is depicted as responsible for everything that goes wrong for Debra in the film, due primarily to Mona’s blind love for her deadbeat gambling addict father Sarge. True bonding and independence for the two don’t really happen until literally the final five minutes and by then I was exhausted by this emotionally-draining film.