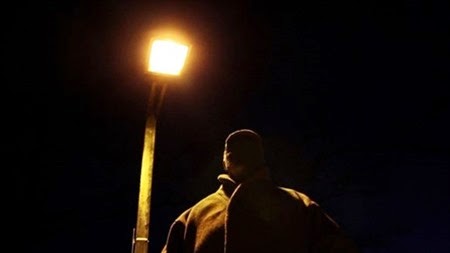 This review was originally published as part of my coverage of Hot Docs 2015
An FBI informant is followed on his latest undercover operation in (T)ERROR.  Since 9/11 the FBI has been has been utilizing more than 15,000 undercover informants to help take down domestic terrorist suspects.  One of these individuals is  Saeed “Shariff” Torres, who has worked as an informant for 20 years.  A documentary crew follows Shariff on his latest operation, where questions begin to arise about the actual guilt of the person on interest.
(T)ERROR is a film that seeks to blow the lid off of the questionable ethics surrounding the FBI’s use of undercover informants.  Shariff’s goal in his operations is to befriend a person of interest and get them to say something incriminating, leading to an arrest.  However, there’s a question raised about whether the individuals Shariff helps to take down are actually terrorists or if the FBI is using informants to entrap these individuals.  Shariff himself is only started being an FBI informant to avoid jail time.  He is only really doing this for the money and he would prefer to stay home with his son and start a career as a baker.
(T)ERROR is a somewhat interesting film, with multiple twists and turns.  Even though he allows a documentary crew to follow him, without the FBI’s knowledge, Shariff does not really like the camera to be focused on him, since he has a well known face.  While ultimately, the film is about Shariff’s methods of taking down possible terror suspects, the film also looks at the other side of the equation, which suggests that the people that Shariff helps take down are not as guilty as the FBI makes them appear to be. Altogether, (T)ERROR is an intriguing expose of the FBI’s blurring of ethical lines in the war against terror.