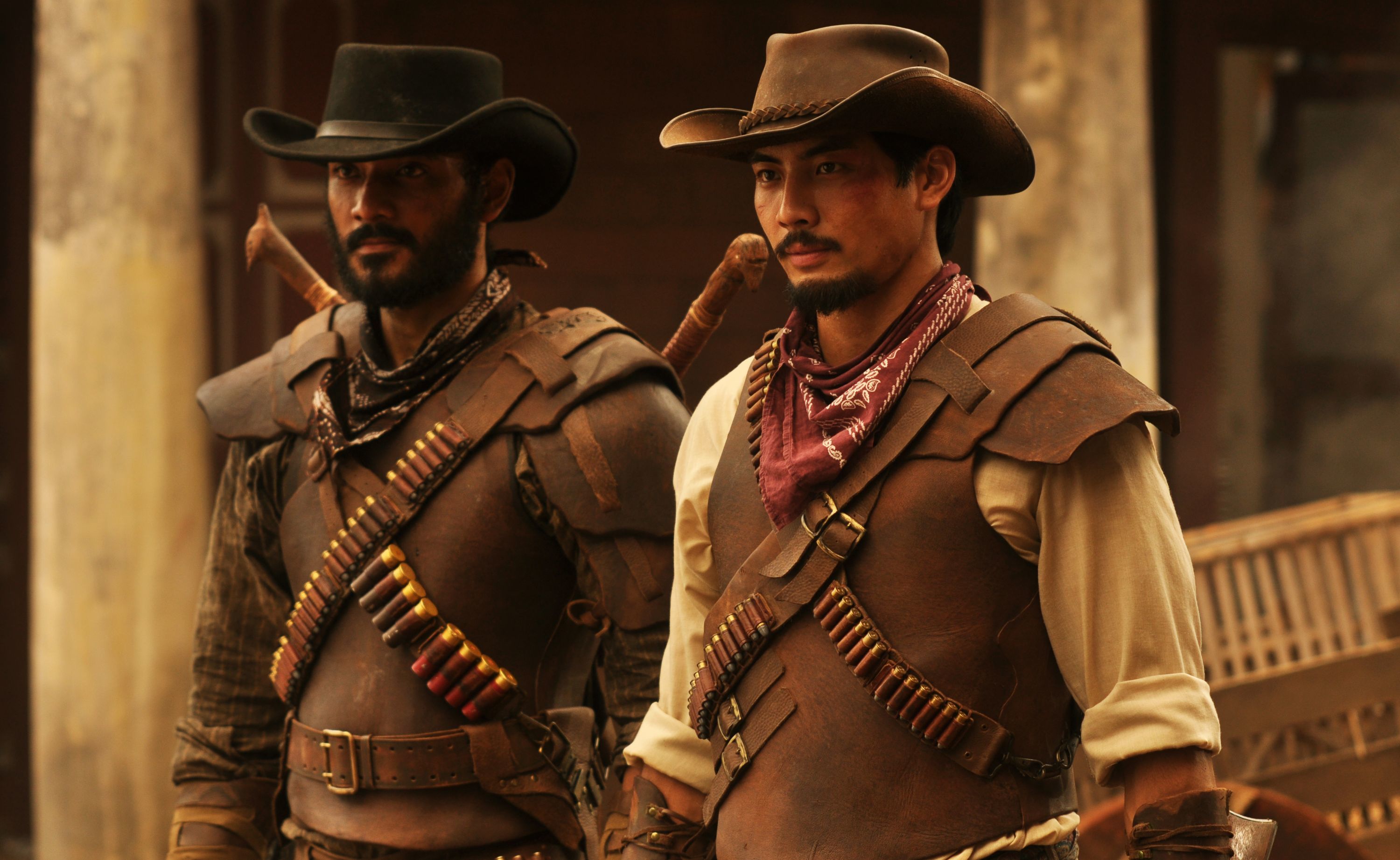 Two brothers seek revenge for the murder of their father in Buffalo Boys. After spending two decades in exile in the American Wild West, Arana (Tio Pakusadewo) and his two nephews Jamar (Ario Bayu) and Suwo (Yoshi Sudarso) return to Indonesia to get revenge against the occupying Dutch Captain Van Trach (Reinout Bussemaker), who murdered Jamar and Suwo’s sultan father. With the help of local woman Kiona (Pevita Pearce), Arana, Jamar, and Suwo begin to incite trouble to gain the attention of Van Trach.

In his directorial debut, Indonesia filmmaker Mike Wiluan presents the genre-crossing action film Buffalo Boys. Featuring a mix of gun-slinging and martial arts, Buffalo Boys can probably be described as the epitome of East meets West. The story of the film takes place during a time period in the 1860s, where Indonesia was colonized by the Dutch empire. This results in poor living conditions for the locals, who are forced to obey the wishes of the Dutch. Jamar and Suwo, along with their uncle Arana, hope to stop this and get revenge on Captain Van Trach.

The Indonesian Western Buffalo Boys is quite obviously a film meant to appeal to Western audiences, complete with the bulk of the film’s dialogue being in English. I think the film does a fairly good job with combining traditional Indonesian fighting with old west gun-slinging. There are a number of quite entertaining action sequences in Buffalo Boys and overall I have to say that the film is a satisfying crisscrossing of cultures