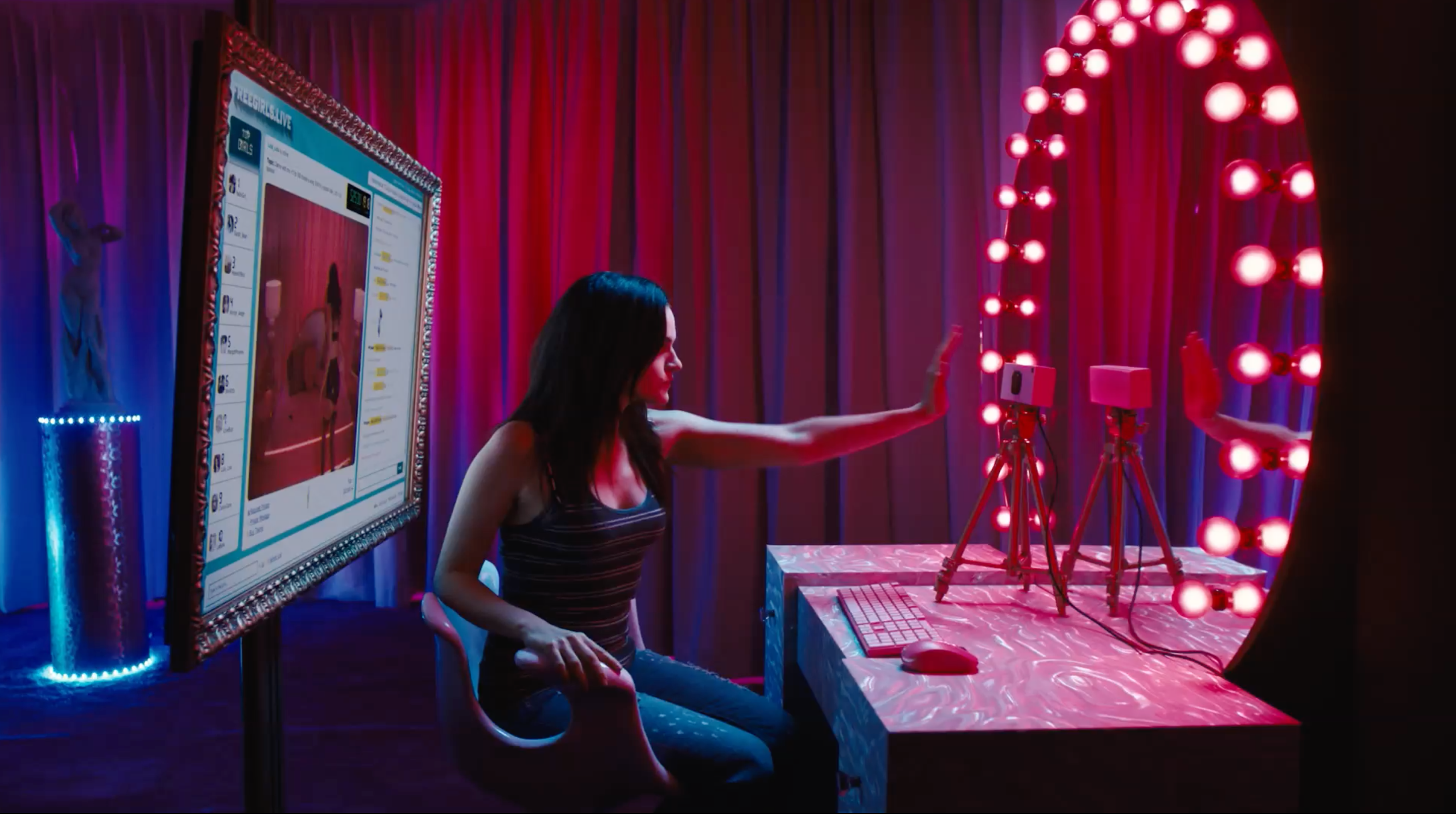 A webcam model’s life falls apart after being replaced online by a doppelganger in Cam. Alice (Madeline Brewer) is a young woman, who performs nightly webcam sex shows under the alias of Lola_Lola. Desperate the climb the ranks of her cam site, Alice isn’t beyond doing stunts, such as faking her suicide on camera. After a particularly successful show, Alice is shocked to find that she is not only locked out of her account, but that someone who looks exactly like her is still camming online as Lola and is willing to take things farther than Alice ever would.

Director Daniel Goldhaber and screenwriter Isa Mazzei uses the real fears faced by those in the online sex industry as a springboard for the doppelganger horror film Cam. We are introduced to Alice as an up and coming webcam model, who is ecstatic when she finally reaches 50 in the rankings. Alice tries to keep her online life separate from her daily life, but that all changes when the doppelganger Lola appears and crosses borders that Alice would never cross.

With screenwriter Isa Mazzei being herself a former camgirl, Cam is a film that takes all the fears and anxieties of someone working in the sex industry and turns it into a twisted fever dream. Within short order of the appearance of the doppelganger Lola, Alice finds herself stalked by obsessive fan Tinker (Patch Darragh), judged by the police officers she tries to report to, and is outed to her family. In many ways, Cam is just as much a film about identity theft than it is a film about the online sex industry. With those working in the sex industry still being villainized and judged for what they do, Cam uses its horror film structure to help show that they are just people too.