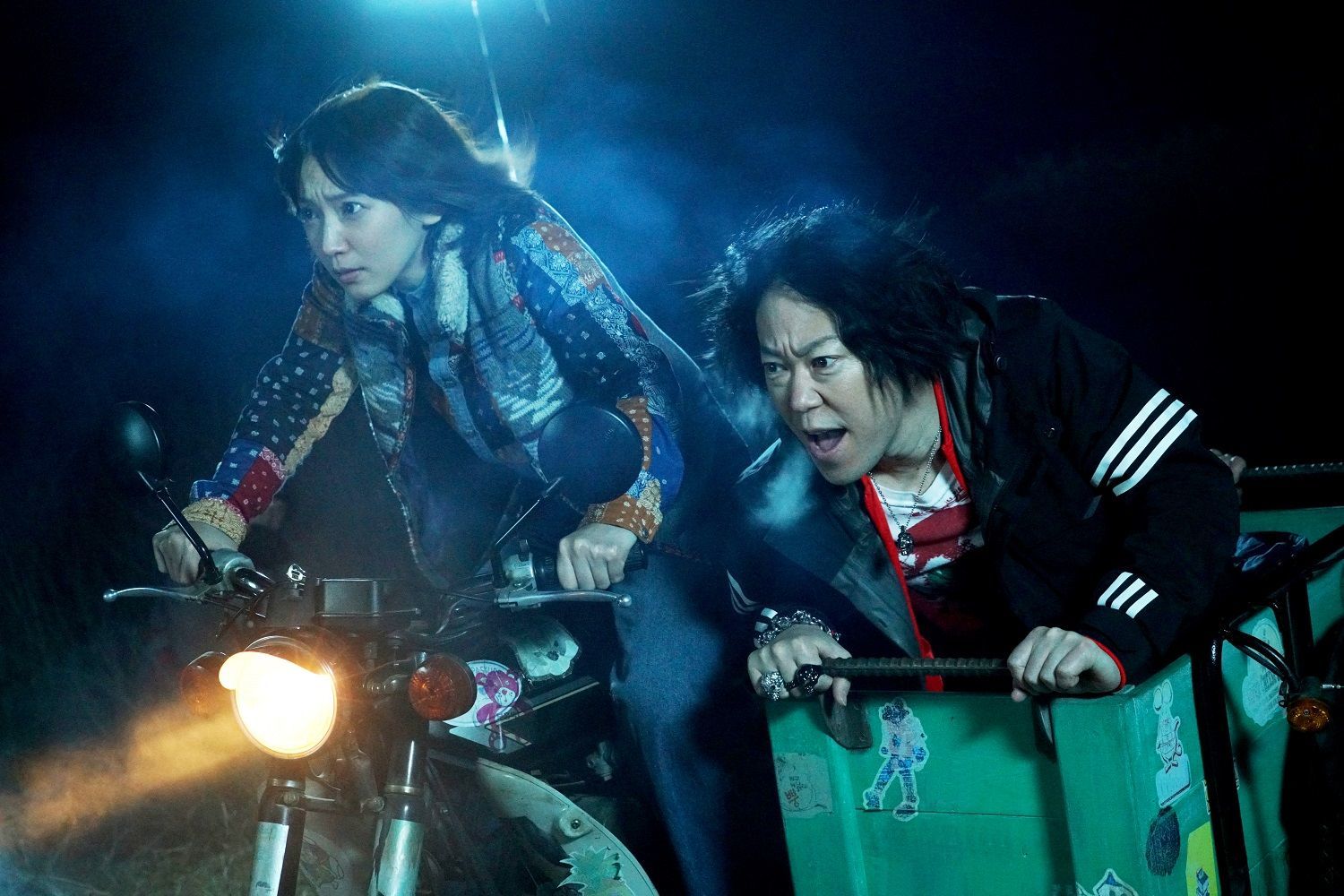 A middle-aged rock star takes a soft-spoken street musician under his wing in LOUDER! Can’t Hear What You’re Singin’, Wimp!. Sin (Sadao Abe) is a middle-aged rock star, who has been injecting drugs into his vocal chords to help him maintain the primal screams he is known for. However, the toll has become too great and his vocal chords literally explode during a show, spewing blood all over the audience. On his way out of the area, Sin bumps into Fuka (Riho Yoshioka), who ends up taking him to the hospital. Afterwards, Sin takes Fuka under his wing and tries to help her with her difficulty singing louder than a whisper.

From writer/director Satoshi Miki comes the rock musical comedy LOUDER! Can’t Hear What You’re Singin’, Wimp!. Coming off somewhat like a Japanese Marilyn Manson, Sin arises from apparent retirement one night to perform a spontaneous concert, much to the annoyance of his management. After the concert fails spectacularly, Sin’s career and reputation come into jeopardy. With his handlers wanting to exploit Sin’s downfall for their own gain, the singer opts to keep a low profile, as he helps out Fuka with her own singing career.

While LOUDER! Can’t Hear What You’re Singin’, Wimp! doesn’t has the deepest of plots, it is ultimately a fun rock comedy. Satoshi Miki adds a number of popular music references in the the characters and dialogue, such as Fuka’s Uncle Zappa (Suzuki Matsuo). Also the main song sung by Sin at the start is quite catchy and I almost wish the film has musical performances. Overall, LOUDER! Can’t Hear What You’re Singin’, Wimp! is an entertaining romp.