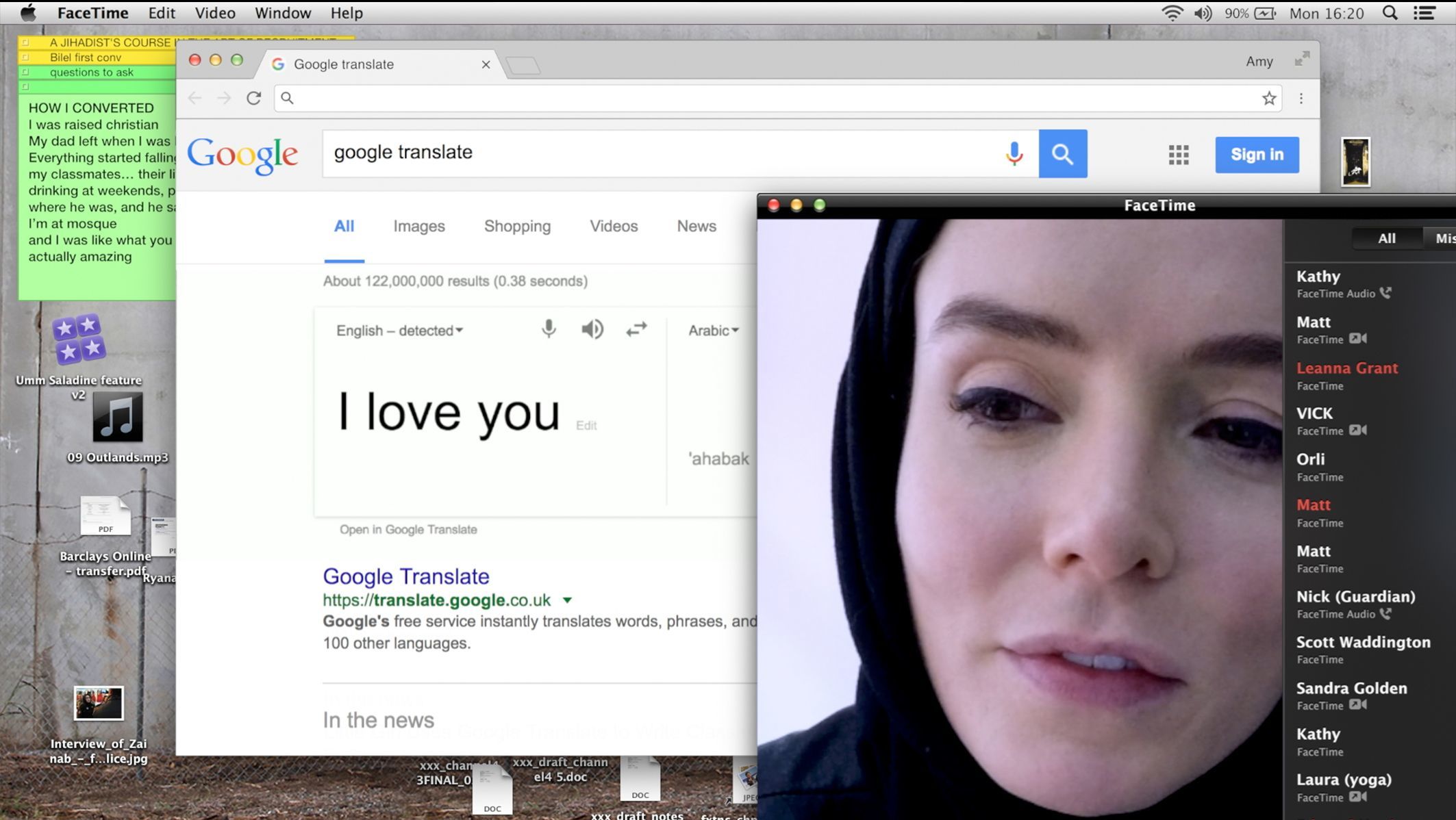 A British journalist seduces an ISIS recruiter online in Profile. As a means to do research for a news story, Amy Whitaker (Valene Kane) creates a fake Facebook profile in an attempt to attract ISIS recruiters and find out how they convince women in Europe to abandon their lives and travel to Syria to join the Islamic State. Amy quickly gets the attention of Abu Bilel Al-Britani (Shazad Latif) and the two begin a series of Skype conversations over the course of the month. However, in her efforts to catfish this ISIS recruit, Amy also begins to develop some real feelings for Bilel.

Director Timur Bekmambetov (Nightwatch, Wanted) continues his exploration of the “screenlife” filmmaking process with Profile. Told entirely through a series of Skype conversations and Facebook posts, the film follows British journalist Amy Whitaker as she attempts to uncover the ISIS recruitment process. However, what begins as a news story turns into something more than that, as she begins to see the “man behind the terrorist” in Bilel. However, with her editor Vick (Christine Adams) giving a tight deadline and her boyfriend Matt (Morgan Watkins) becoming increasingly impatient, Amy is left wondering how far she can go.

It has been during the last five years or so when Timur Bekmambetov became increasingly interested with films shown from the point of view of a computer screen. In fact, Bekmambetov developed special software to film and edit Profile, which will also allow him to release an interactive version of the film in the future. However, technology advancements aside, Profile is successful at being a suspenseful film, even though it consists of little more than a series of Skype conversations. At this point, screenlife has moved past being merely a gimmick into a quite interesting way to make films.