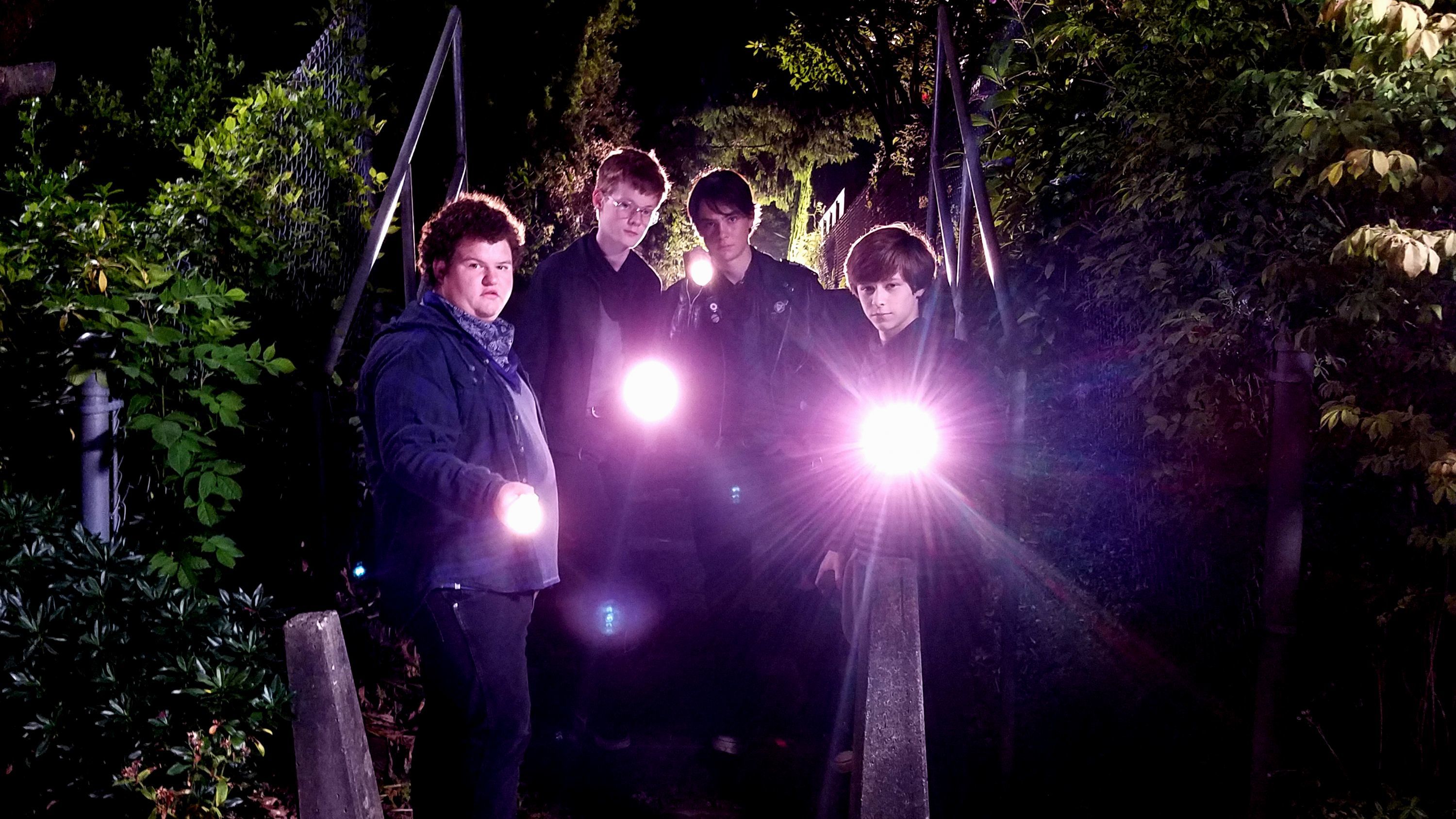 A young man suspects his next door neighbour of being a serial killer in Summer of ’84. Davey Armstrong (Graham Verchere) is a fifteen year old paperboy in the small town of Ipswitch, Oregon. In the summer of 1984, the town is shaken up by news of a serial killer named the “Cape May Slayer,” who targets teenagers in the area. After seeing a familiar face on the side of a milk carton, Davey becomes convinced that, his next door neighbour, police officer Wayne Mackey (Rich Sommer) is the killer. Together with his friends Dale ‘Woody’ Woodworth (Caleb Emery), Tommy ‘Eats’ Eaton (Judah Lewis), and Curtis Farraday (Cory Gruter-Andrew), Davey begins investigating Mackey to try and find proof that he is a killer.

The directing trio of RKSS (François Simard, Anouk Whissell, and Yoann-Karl Whissell) follow-up their debut feature Turbo Kid with this homage to 1980s horror films. Summer of ’84 centres around a group of four teenage friends, who all play nighttime manhunt games and share an infatuation with Davey’s neighbour Nikki Kaszuba (Tiera Skovbye). It is during one of these nighttime games when Davey spots his neighbour Mr. Mackey with a young man, who later turns out to be missing. Convinced that Mackey is the Cape May Slayer, Davey and his friends try to find concrete proof.

Summer of ’84 is somewhat of a well-timed film, since the teenager-focused plot is reminiscent of the current popular Netflix series Stranger Things. The plot of Summer of ’84 is quite reminiscent of both Alfred Hitchcock’s Rear Window and Joe Dante’s The Burbs and actually gets quite dark by the final act. Featuring a mix of coming-of-age comedy and suspenseful horror, with a great synthesized score, Summer of ’84 is a quite enjoyable 1980s throwback.