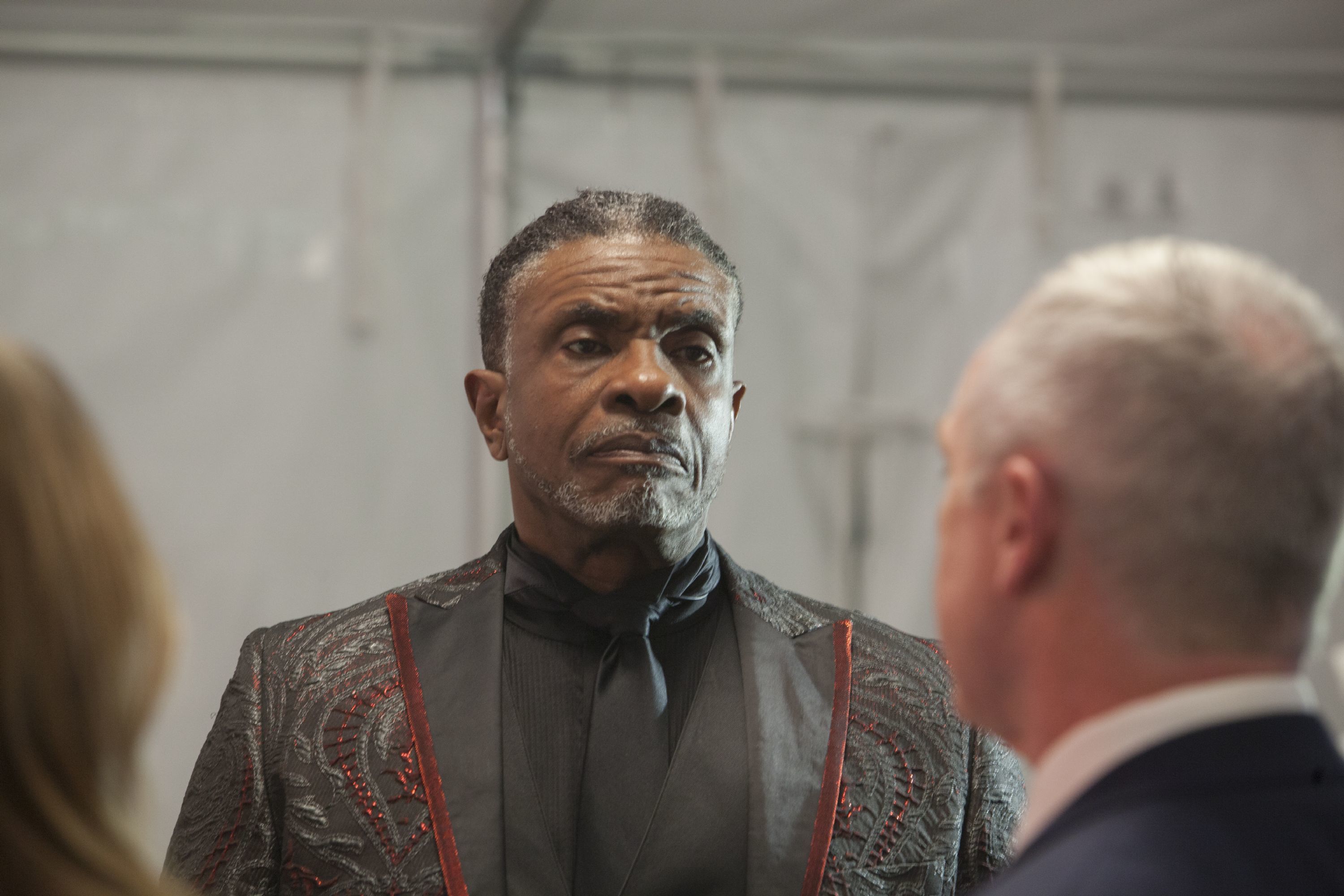 A mysterious figure tells four stories to a bigoted industrialist in Tales from the Hood 2. Portifoy Simms (Keith David) is invited to Dumass Beach Industries to help with the programming of the “RoboPatriot” crime fighting robots by telling a series of stories from the hood. In Good Golly, Audrey (Alexandria DeBerry) breaks into a museum to steal herself a golly wog doll; In The Medium, a group gangsters recruit fraudulent TV psychic John Lloyd (Bryan Batt) to try and find a dead man’s stash of money; In Date Night, two Tinder predators gets more than they bargained for from their dates; and finally in The Sacrifice, black republican Henry Bradley (Kendrick Cross) learns the repercussions of supporting a racist man for governor.

Arriving 23 years after the 1995 original, writer/directors Rusty Cundieff and Darin Scott and Executive Producer Spike Lee return with a second horror anthology focused on the African American way of life. Veteran character actor Keith David (The Thing, They Live) steps into the role of the devilish narrator Mr. Simms, who was first played in the original by Clarence Williams III. Invited by the very Trump-like industrialist Dumass Beach, Simms is asked to tell some stories about his people, so the crime fighting RoboPatriot would be able to accurately identify threats to the American way of life.