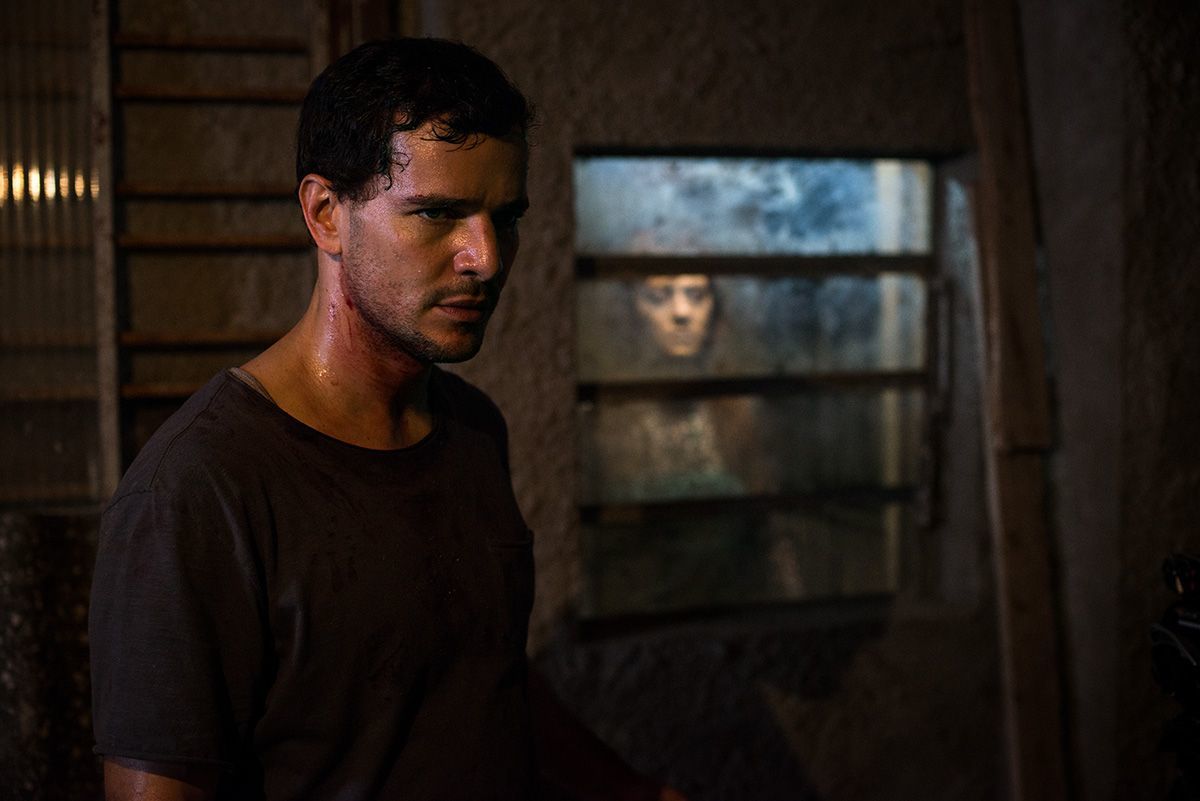 A morgue attendant, who can talk to the dead, ends up cursing himself and his family in The Nightshifter. Stênio (Daniel de Oliveira) works night shifts at the morgue in São Paulo and has the ability to have conversations with the many cadavers that enter the facility. One night, a corpse gives Stênio information pertaining to his own life and he makes the decision to act on this information. However, it turns out there are major repercussions for exploiting a dead man’s secret, which puts Stênio and his family in grave danger.

The feature film debut of Brazilian filmmaker Dennison Ramalho (ABCs of Death 2), The Nightshifter focuses on a coroner who has the ability to talk to the dead. Outside of the morgue, Stênio is in a loveless marriage to his wide Odete (Fabiula Nascimento) and exchanges pleasantries with the local baker’s daughter Lara (Bianca Comparato). Things soon take a very dark turn for Stênio and his family, after he marked for exploiting a corpse’s secret for his own personal gain.