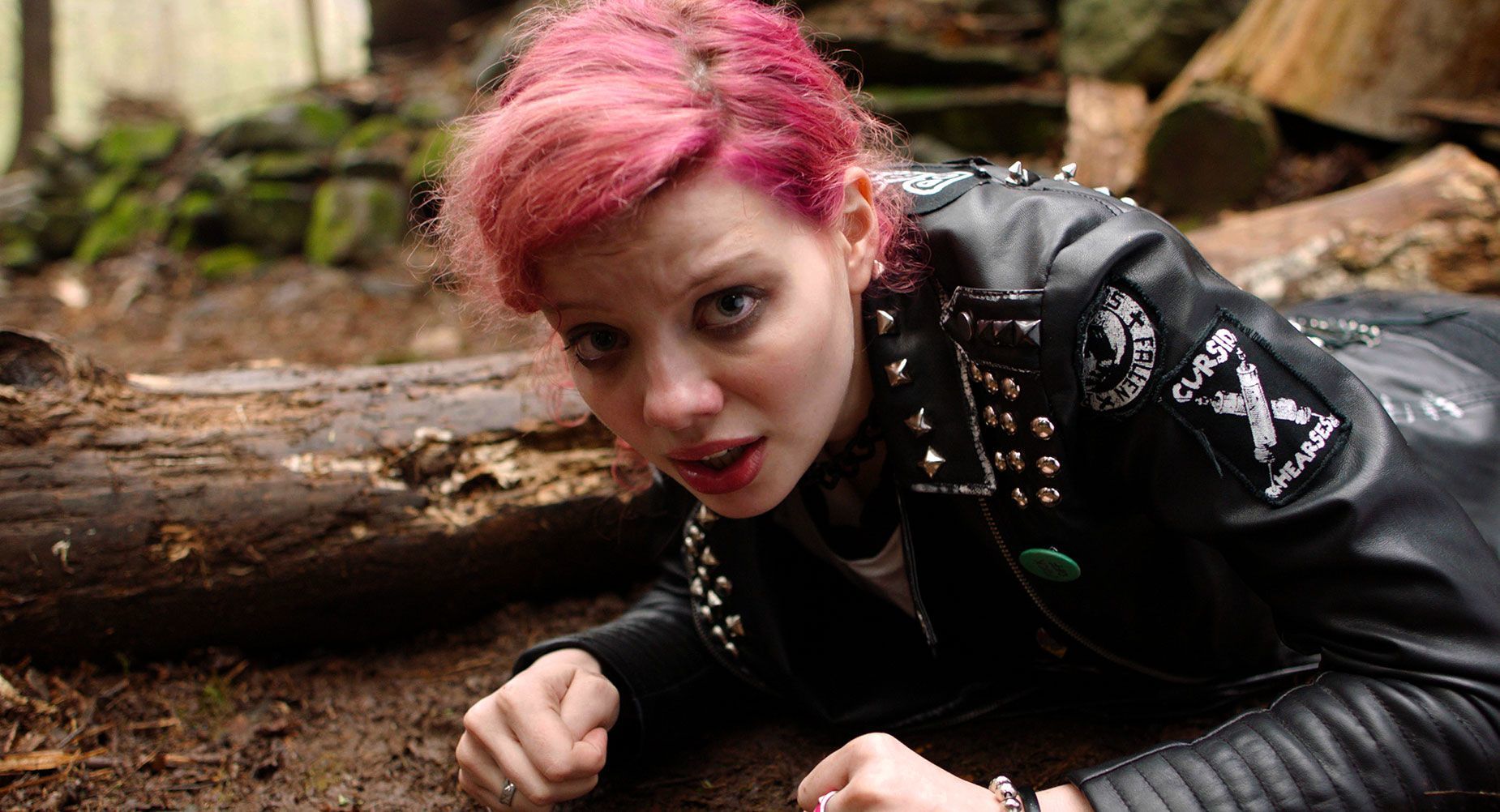 A group of teenage punks find themselves stalked by a psychotic park ranger in The Ranger. After her boyfriend Garth (Granit Lahu) stabs a police officer during a drug raid at a punk rock club, Chelsea (Chloe Levine) and her friends Abe (Bubba Weiler), Jerk (Jeremy Pope), and Amber (Amanda Grace Benitez) are forced to go on the run, deciding to take shelter at Chelsea’s uncle’s cabin in the mountains. However, the group encounters the local Park Ranger (Jeremy Holm), who holds a secret about Chelsea’s past and doesn’t take kindly to these punk kids disturbing nature.

The Ranger is the feature film debut from director Jenn Wexler. The film focuses on a group of punk rock kids, who are stocked by a psychotic park rangers, who often recites the rules of the National Park to justify his violent acts. However, the Ranger also holds a secret about Chelsea and her relationship with her Uncle Pete (Larry Fessenden), which she has tried to lock away in her mind.

Probably the most simple description of The Ranger is that it is a slasher film set in a National Park, with an additional punk rock twist. I do admit that none of the teenage punks, save for Chelsea, are all that likable, though I would suppose that it is by design, so you wouldn’t feel too bad when they begin to be picked off in some very gory ways. In fact, the real star of this film is Jeremy Holm as the titular Ranger, who is completely psychotic, yet still a compelling and strangely relatable person, who is maybe a little too obsessed with nature. Altogether,  The Ranger is a solid slasher.