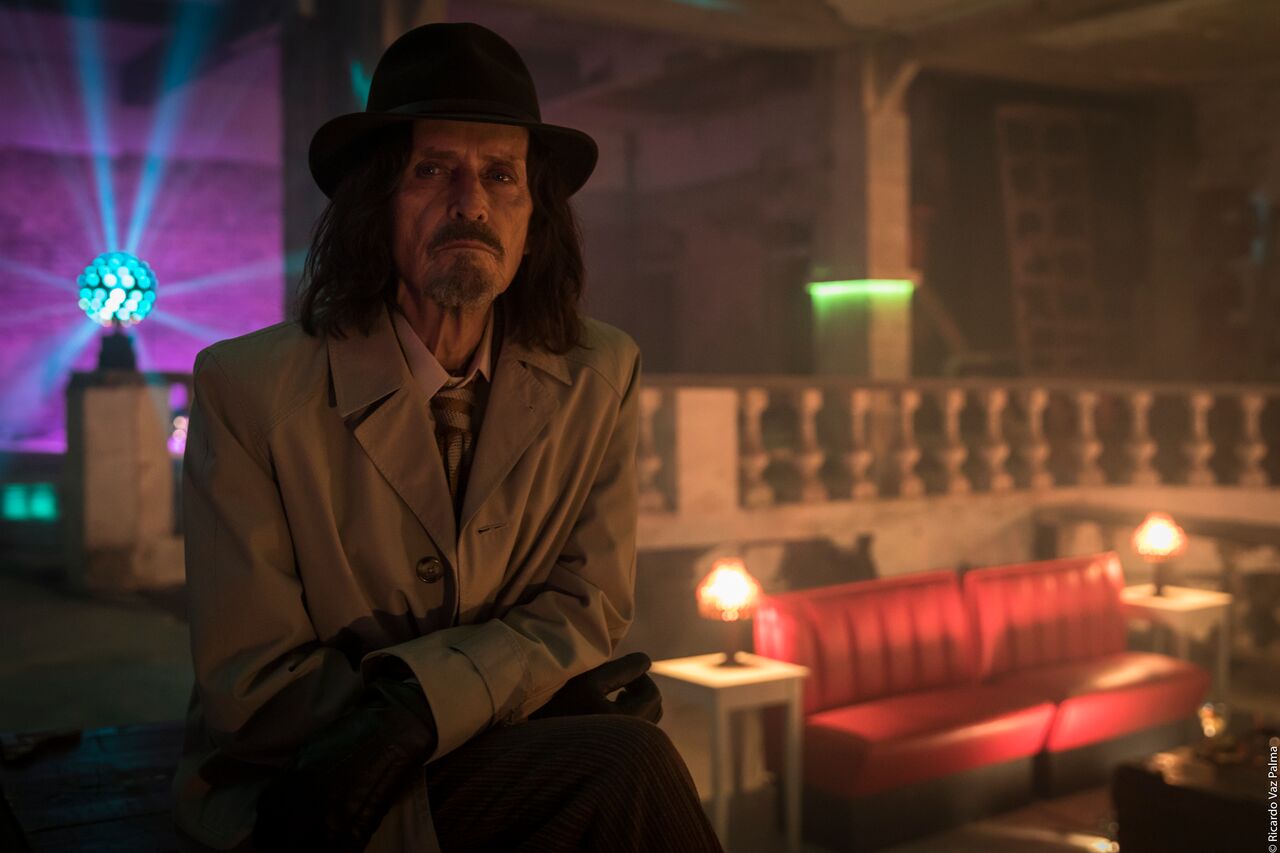 5.8
Dreamland (2019) Comedy, Fantasy, Horror | 14 April 2019 (UK)
Director: Bruce McDonaldWriters: Tony Burgess, Patrick WhistlerStars: Juliette Lewis, Henry Rollins, Stephen McHattie
Summary: On the night of the strangest wedding in cinema history, a grotesque gang boss hires a stonecold killer to bring him the finger of a fading, drug-addicted jazz legend.
Countries: USA, Canada, Luxembourg, BelgiumLanguages: English
Source: imdb.comDisclaimer: This plugin has been coded to automatically quote data from imdb.com. Not available for any other purpose. All showing data have a link to imdb.com. The user is responsible for any other use or change codes.

A hitman goes against his boss to save a child from human trafficking in Bruce McDonald’s Dreamland. Johnny Deadeyes (Stephen McHattie) is a skilled hitman working for crime boss Hercules (Henry Rollins). For his next job, Hercules wants Johnny to take the right pinky finger from trumpet player The Maestro (McHattie). However, Johnny begins to get second thoughts about the job when he discovers that Hercules has begun a human trafficking operation and is selling off a kidnapped girl Johnny knows to The Countess (Juliette Lewis) to be married off to her vampire brother (Tómas Lemarquis).

Bruce McDonald reteams with writer Tony Burgess (Pontypool) for a surreal odyssey in a criminal underworld. Dreamland is lead by a dual performance by Stephen McHattie as both a hitman and the drug-addicted jazz trumpeter who is his target. McHattie is supported by a very eccentric cast that includes Henry Rollins (He Never Died), Juliette Lewis, and a scene-stealing vampiric performance by Icelandic actor Tómas Lemarquis (Blade Runner 2049).

Those expecting Bruce McDonald’s Dreamland to be the next Pontypool are probably going to end up disappointed since even though Tony Burgess returns as a screenwriter, along with co-writer Patrick Whistler, the film is a much more surreal and somewhat less accessible viewing experience. While there are individual sequences that stand out in the film, such as Stephen McHattie having a conversation with himself or pretty much anything involving Tómas Lemarquis’ vampire, Dreamland is ultimately a very experimental crime thriller that would probably require the viewer to take copious amounts of drugs to fully enjoy.