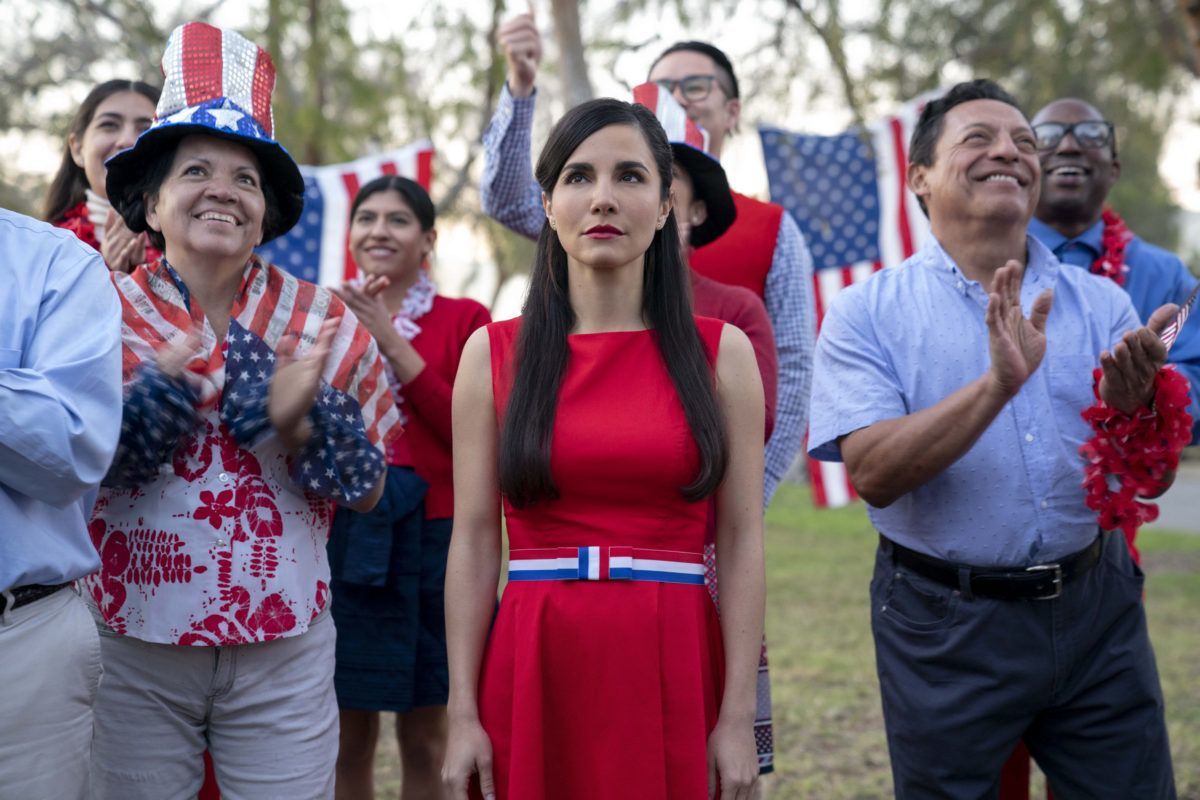 5.8
Into the Dark: Culture Shock  1h 31min | Horror, Thriller | 4 July 2019
Director: Gigi Saul GuerreroWriters: Efrén Hernández, James BensonStars: Martha Higareda, Richard Cabral, Barbara Crampton
Summary: This thriller follows a young Mexican woman in pursuit of the American Dream, who crosses illegally into the United States, only to find herself in an American nightmare.
Source: imdb.comDisclaimer: This plugin has been coded to automatically quote data from imdb.com. Not available for any other purpose. All showing data have a link to imdb.com. The user is responsible for any other use or change codes.

A Mexican immigrant finds herself in an idealistic town that’s too good to be true in Culture Shock. Marisol (Martha Higareda) is a pregnant Mexican woman, who desires to immigrate to a better life in America. Marisol makes arrangements with Coyote (Sal Lopez) to be snuck over the border and is joined on her trip by ex-con Santo (Richard Cabral) and Guatemalan child Ricky (Ian Inigo). However, the group is surrounded by border guards and the next thing Marisol knows is that she is waking up in an idealistic American town, being greeted by friendly midwife Betty (Barbara Crampton), who has just given birth to Marisol’s baby daughter. As the town prepares for the Fourth of July, Marisol begins to seem that something seems off about the other Latinos and she begins to suspect that the mayor Thomas (Shawn Ashmore) knows more about what’s really going on.

Produced by Blumhouse Television of their Into the Dark anthology series on Hulu, Culture Shock is the feature-length debut by Mexican-Canadian filmmaker Gigi Saul Guerrero (El Gigante, Bestia). Each episode of Into the Dark is themed after a different holiday and Culture Shock uses its theme of the Fourth of July to comment on both the fear of illegal Mexican immigrants, as well as the illusion of the American dream. The film is lead by bilingual performances by Martha Higareda (Borderland) and Richard Cabral (End of Watch), with supporting roles by Shawn Ashmore (X-Men), Barbara Crampton (Re-Animator), and Creed Bratton (The Office).

Over the last number of years, Gigi Saul Guerrero has become known for her short films produced by her company Luchagore, which combines Mexican culture with horror elements. Due to the often extreme nature of her earlier shorts, it is a bit jarring that Culture Shock probably has more in common with something like The Stepford Wives. However, despite being somewhat tamer than Gigi Saul Guerrero’s earlier work, Culture Shock is still worth checking out for its commentary on Mexican immigration.