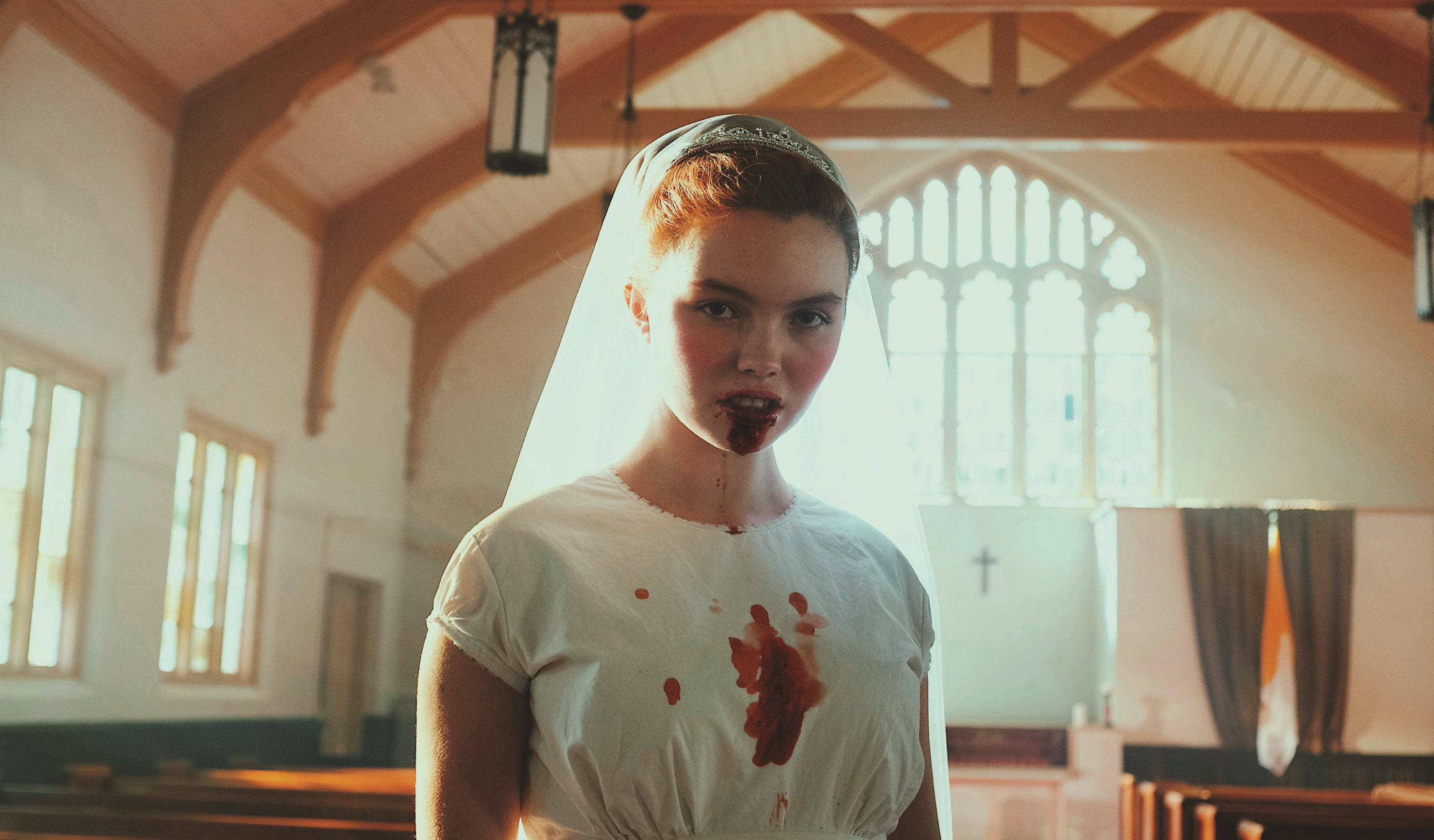 A feral teenager is sent to a Catholic orphanage to be rehabilitated in Darlin’. Late one night, the mute and feral teenager ((Lauryn Canny) is brought to a hospital by The Woman (Pollyanna McIntosh). Nicknamed “Darlin” based on the bracelet she wears, the girl is transferred to St. Philomena’s Catholic boarding school for girls, where the Bishop (Bryan Batt) hopes to reintegrate Darlin’ into society, gaining much publicity for doing so. Under the care of nun Sister Jessica (Nora-Jane Noone), Darlin’ slowly begins to act more human. However, The Woman is on Darlin’s trail and will kill anyone that gets in her way.

Darlin’ is the directorial debut for actress Pollyanna McIntosh, with the film acting as a follow-up to Lucky McKee’s 2011 film The Woman, which in turn was a follow-up to 2009’s Offspring by Andrew van den Houten. McIntosh takes the characters that originated in the novels by Jack Ketchum and creates a satirical commentary on both women’s rights and the boundaries frequently crossed by the Catholic church. As the main antagonist of the film, the Bishop is a greedy and egotistical character, who just wants to reform Darlin’, in order to take credit and receive needed funding. As Darlin begins to regain her humanity and regret her former cannibalistic nature, she begins to pray that God will get rid of the “devil inside of her.”

Even though Darlin’ is technically a sequel to The Woman, I do not believe that the film requires you to previously have seen that 2011 film. Even though writer/director Pollyanna McIntosh does reprise the role for this film, the film is ultimately Darlin’s story. McIntosh opts to take a much more satirical approach for her directorial debut, though her commentary about the Catholic church reflects some real horrors in the world today. Altogether, you can probably say that Darlin’ is in its own way a twisted coming-of-age story.