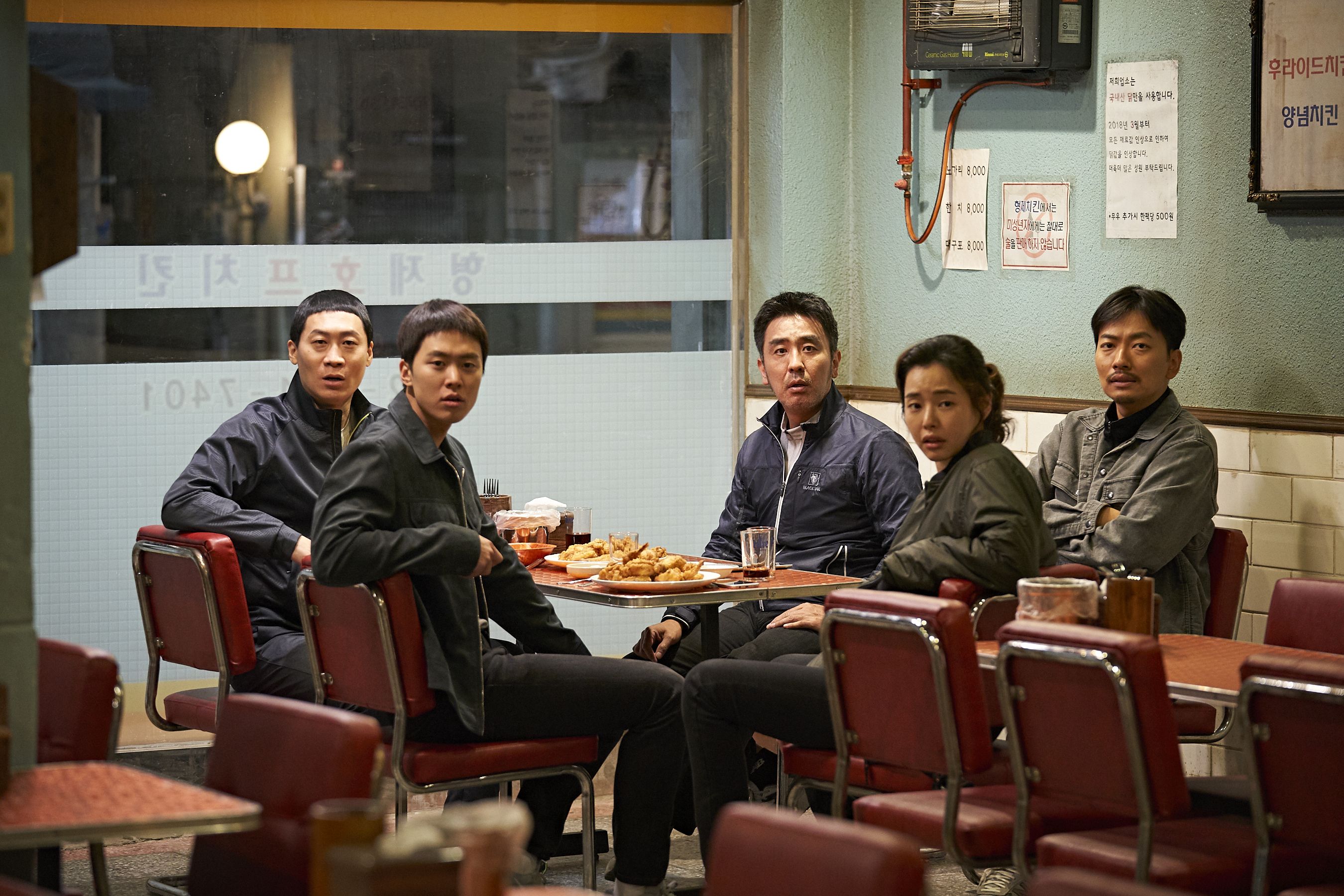 7.2
Extreme Job (2019) 1h 51min | Action, Comedy | 21 June 2019 (USA)
Director: Byeong-heon LeeWriters: Se-Young BaeStars: Myeong Gong, Lee Hanee, Jun-seok Heo
Summary: A police undercover operation takes a delicious, unexpected turn.
Countries: South KoreaLanguages: Korean, Mandarin
Source: imdb.comDisclaimer: This plugin has been coded to automatically quote data from imdb.com. Not available for any other purpose. All showing data have a link to imdb.com. The user is responsible for any other use or change codes.

An undercover narcotics team begins a sting operation inside a fried chicken restaurant in Extreme Job. Captain Ko (Ryu Seung-ryong) is the leader of a small ragtag team of narcotics detectives assigned to stakeout and take down a local drug kingpin. The perfect cover for the team arises when a nearby fried chicken restaurant goes out of business. Taking on the business for themselves, the restaurant becomes an unexpected hit when the rib marinated chicken they prepare becomes a hot seller.

Extreme Job is an action-comedy from South Korean director Lee Byeong-heon (What a Man Wants) that will most definitely result in you craving South Korean style fried chicken afterwards. Much of the comedy in Extreme Job comes from how what starts off as a sting operation turns into a legit business, to the point where the team almost forgets that they are undercover detectives. The film builds up to its final action scene, where each member of the team gets to show off their true skills. Altogether, Extreme Job makes for a quite enjoyable action-comedy.