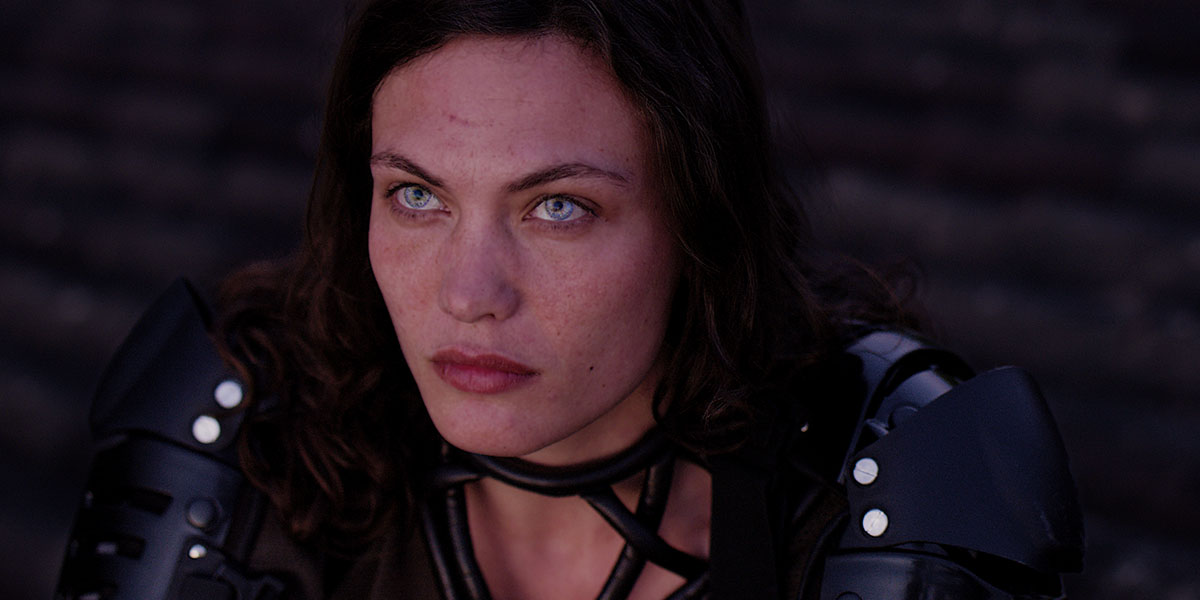 A woman cares for a group of violent marauders in Jessica Forever. In a dystopian future society, orphans roam the world causing violence and mayhem. However, a group of orphans have been gathered together by the matriarchal Jessica (Aomi Muyock), who teaches them to be more kind and compassionate. Forever on the run from special forces drones, this group of misfits settle into an island community to try and start a new life for themselves.

First time writer/directors Caroline Poggi and Jonathan Vinel create a vaguely science fiction story that takes place in a somewhat dystopian society that still bares many similarities to our own, save for the violent orphans and the drones that hunt them. Of the dozen or so member’s of Jessica’s group, the film primarily focuses upon Michael (Sebastian Urzendowsky), Lucas (Augustin Raguenet), Julien (Lukas Ionesco), and Raiden (Paul Hamy), who each have their own individual plot threads.

You would expect a film titled Jessica Forever to have the titular character be the protagonist. However, Jessica instead remains a motherly figure in the background, with most of the focus being on the primarily male cast. In fact, it’s hard to believe this is a film co-directed by a woman, since there are only like 3 women with speaking parts in the film and they are only there to be either nurturing figures or love interests, which most definitely results in Jessica Forever failing the Bechtel test. That and the fact that nothing all that significant happens in the plot makes Jessica Forever an immensely disappointing film.