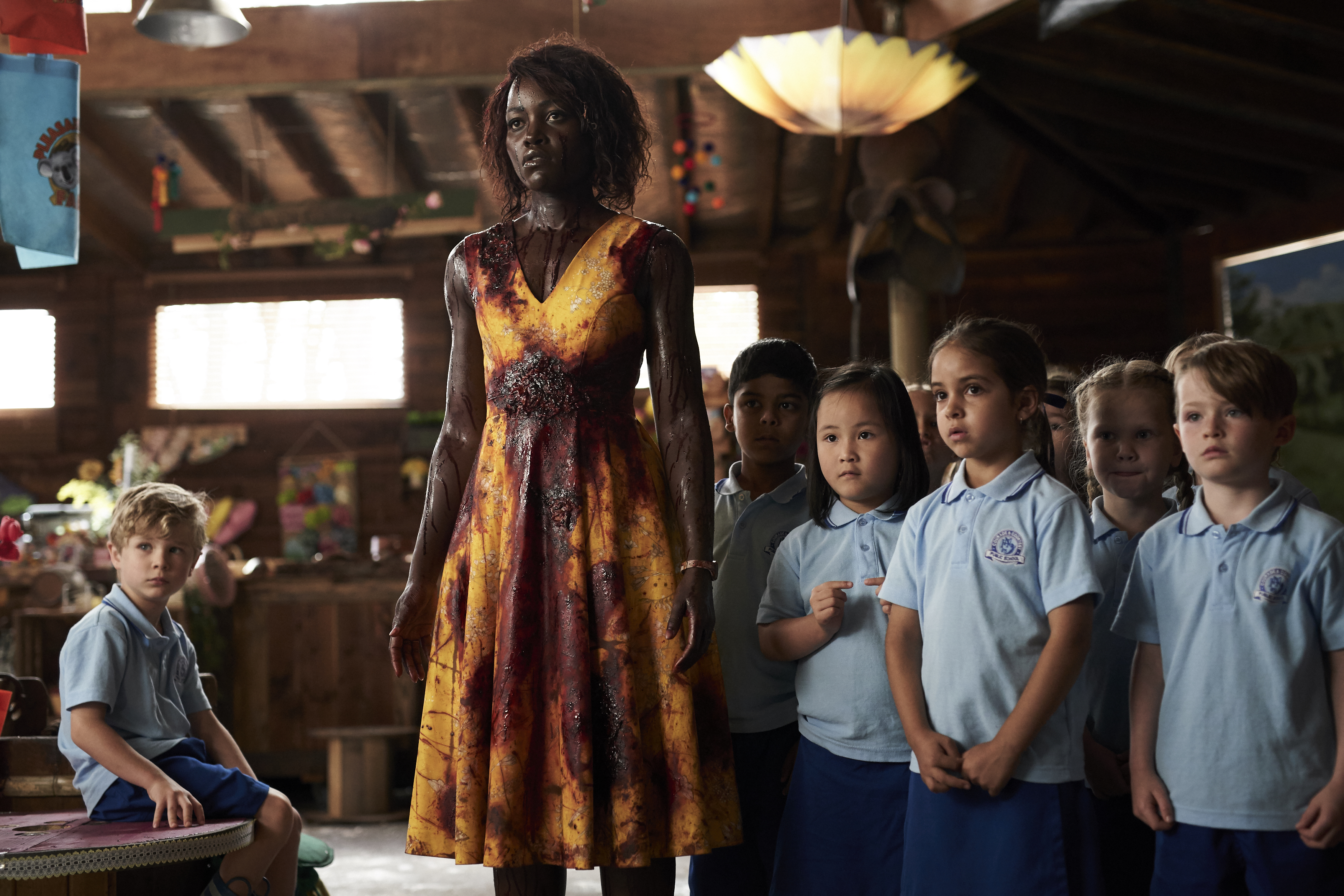 5.9
Little Monsters (2019) 1h 34min | Comedy, Horror | 11 July 2019 (Netherlands)
Director: Abe ForsytheWriters: Abe ForsytheStars: Lupita Nyong'o, Josh Gad, Stephen Peacocke
Summary: A washed-up musician teams up with a teacher and a kids show personality to protect young children from a sudden outbreak of zombies.
Countries: Australia, UK, USALanguages: English
Source: imdb.comDisclaimer: This plugin has been coded to automatically quote data from imdb.com. Not available for any other purpose. All showing data have a link to imdb.com. The user is responsible for any other use or change codes.

A kindergarten class on a field trip has to survive a sudden zombie outbreak in Little Monsters. After being dumped by his girlfriend for not wanting kids, Dave (Alexander England) goes to live with his sister Tess (Kat Stewart) and five-year-old nephew Felix (Diesel La Torraca). After dropping Felix off at his kindergarten class, Dave becomes infatuated with teacher Miss Caroline (Lupita Nyong’o) and volunteers to chaperone on a field trip to Pleasant Valley Farms, which is also being visited by popular children’s entertainer Teddy McGiggle (Josh Gad). However, following an accident at a nearby US Army Testing Facility, a swarm of zombies begin to descend onto the farm.

Little Monsters is a twist on the typical zombie comedy, directed by Australian filmmaker Abe Forsythe. Not wanting to traumatize the kindergarten class she has dedicated herself to protecting, Miss Caroline maintains a positive demeanour throughout the entire zombie outbreak, making it seem like it’s just an elaborate game. This heavily contrasts with Teddy McGiggle, who reveals himself to be a foul-mouthed child hater, who just wants to fend for himself. However, this zombie outbreak proves to be an opportunity for Dave to prove himself to his nephew.

I have to admit that Little Monsters would be a rather inconsequential film if it wasn’t for the great performance by Lupita Nyong’o, who is really going all-in as a kindergarten teacher trying to maintain a positive demeanour throughout this zombie outbreak. Nyong’o practically steals the film from lead actor Alexander England, though I do have to say that child actor Diesel La Torraca shines as Felix. However, I can take or leave Josh Gad as a psychotic and cowardly child’s entertainer. However, I will overall say that Little Monsters was an entertaining and cute film.