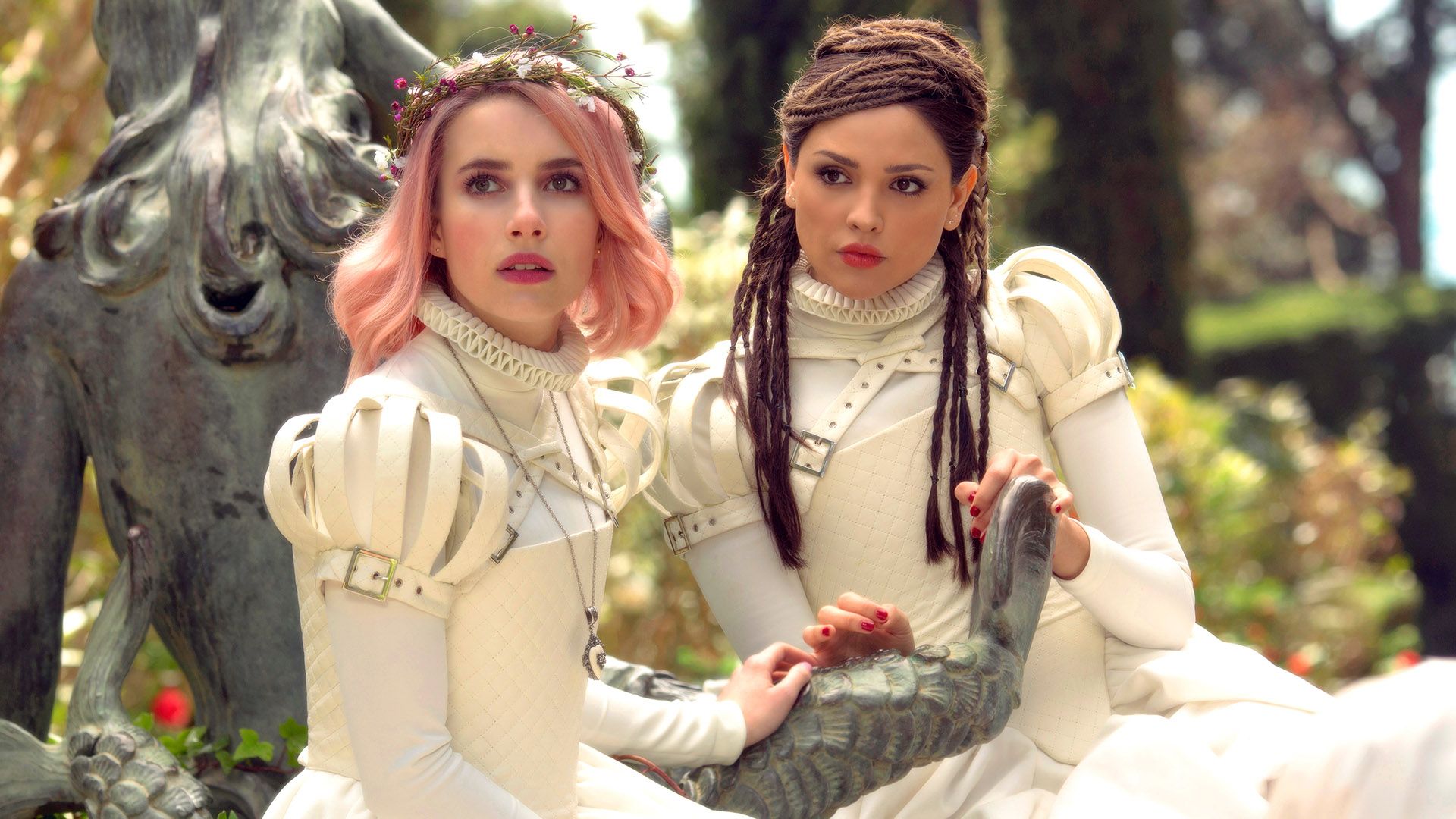 6.6
Paradise Hills (2019) 1h 35min | Fantasy | 1 November 2019 (USA)
Director: Alice WaddingtonWriters: Brian DeLeeuw, Nacho VigalondoStars: Eiza González, Milla Jovovich, Awkwafina
Summary: A mysterious boarding school perfectly reforms wayward girls to fit their surroundings' exact desires.
Countries: SpainLanguages: English
Source: imdb.comDisclaimer: This plugin has been coded to automatically quote data from imdb.com. Not available for any other purpose. All showing data have a link to imdb.com. The user is responsible for any other use or change codes.

A young woman is forced to stay at an emotional healing centre in Paradise Hills. Uma (Emma Roberts) is forced to stay for two months at a healing centre run by The Dutchess (Milla Jovovich), before partaking in an arranged marriage with Son (Arnaud Valois). Befriending fellows girls Amarna (Eiza González), Chloe (Danielle Macdonald), and Yu (Awkwafina), Uma tries to come up with a plan to escape and be with her real love Markus (Jeremy Irvine).

Paradise Hills is a dystopian science fiction fantasy that is co-written by Nacho Vigalondo (Colossal) and directed by fashion designer turned filmmaker Alice Waddington. The film takes place in a world that consists of Upper and Lower class citizens with nothing in between. The goal of this emotional hearing centre is to cure these upper-class girls of unwanted behaviours, before being reintegrated into society. However, it isn’t long before Uma begins to suspect that something more sinister might be at play.

Probably the most positive thing I have to say about Paradise Hills is that the production design and costumes are absolutely splendid, with much of the film being a colourful feast for the eyes. However, sadly I have to say that the film doesn’t have the substance to match the style, with the highly derivative dystopian plot feeling quite empty. In fact, I thought that similar themes about feminity were tackled much better in last year’s Level 16, though that film didn’t have a pink colour palette. Unless you are a fan of the film’s cast of twenty-somethings, I wouldn’t really recommend Paradise Hills, no matter how good it looks.