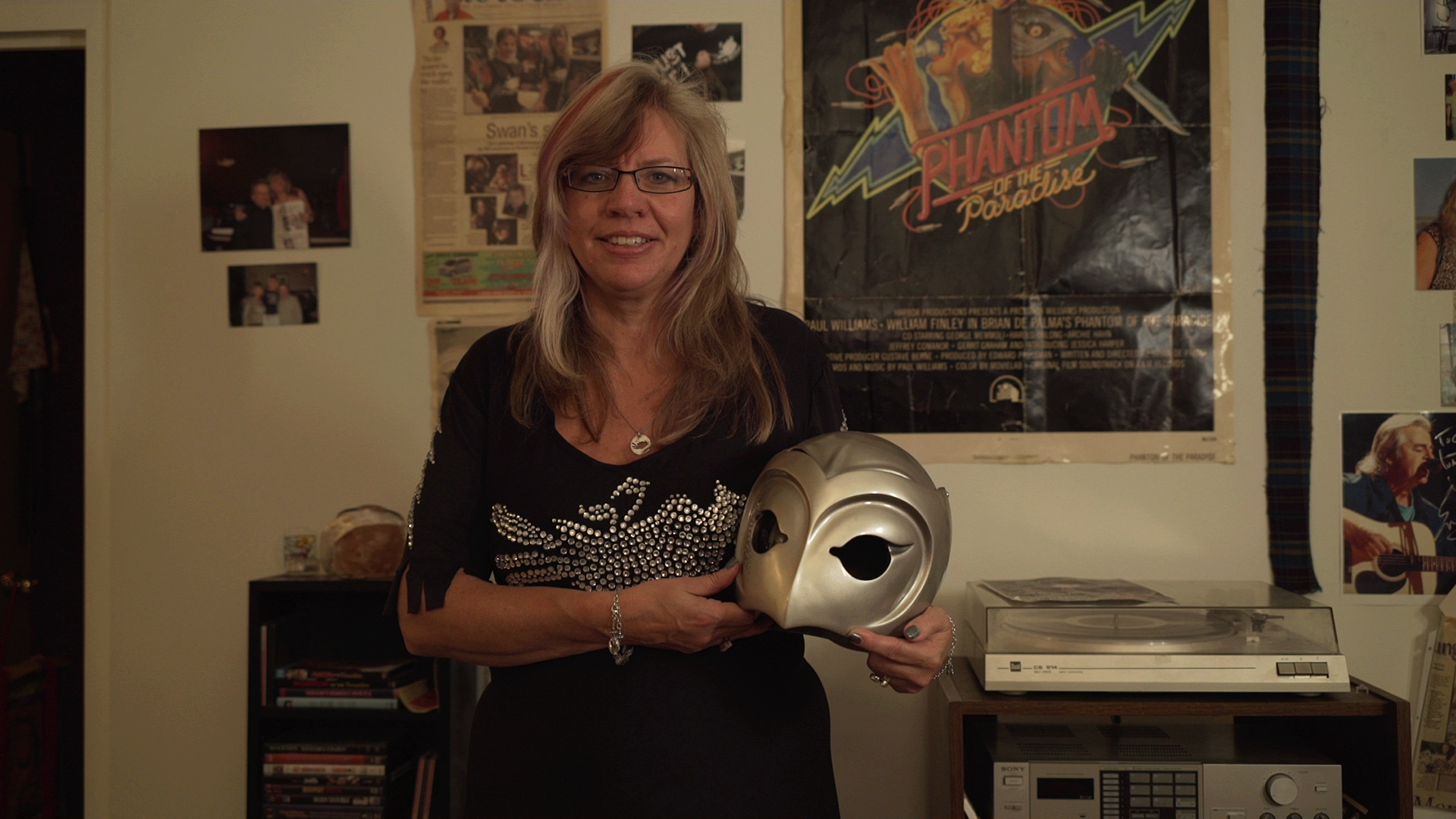 ?.?
Phantom of Winnipeg (2019) Documentary | July 2019 (Canada)
Director: Malcolm Ingram
Summary: The story of how Phantom of the Paradise (1974) became a local sensation in Winnipeg, Manitoba.
Countries: USALanguages: English
Source: imdb.comDisclaimer: This plugin has been coded to automatically quote data from imdb.com. Not available for any other purpose. All showing data have a link to imdb.com. The user is responsible for any other use or change codes.

The unexpected cult success of Phantom of the Paradise in Winnipeg is explored in Phantom of Winnipeg. In 1974, Brian De Palma released his rock opera Phantom of the Paradise, starring William Finley, Jessica Harper, and Paul Williams, which was an undisputed box office bomb. However, this fact was lost on the population of Winnipeg, Manitoba, who would pack into the local downtown cinema to see the film multiple times over. 45 years later, a selection of Winnipegers share their memories of seeing the film and how they have since organized events commemorating the cult fandom of this film.

In Phantom of Winnipeg, co-directors Malcolm Ingram and Sean Stanley try to find out why Phantom of the Paradise was such a cult hit in Winnipeg. Brian De Palma’s 1974 rock opera pre-dated The Rocky Horror Picture Show by a year, but ended up quickly being forgotten, save for its very dedicated fanbase in Winnipeg. Phantom of Winnipeg features interviews with these fans, many of whom went on to organize tribute screenings. The film also features interviews with some of the surviving cast members, such as Paul Williams and Gerrit Graham, while also featuring the opinions of filmmaker Kevin Smith, who set his 2014 film Tusk in Winnipeg.

While Phantom of Winnipeg is more about the cult fandom Phantom of the Paradise than the film itself, the documentary also works somewhat as a primer for those unfamiliar with the film. That said, the film would seem more complete if the filmmakers tried to get Brian De Palma’s opinion on Phantom of the Paradise‘s cult success, since the documentary includes pretty much everyone else involved with the film. However, that’s just me nitpicking about an otherwise decent documentary about cult fandom.