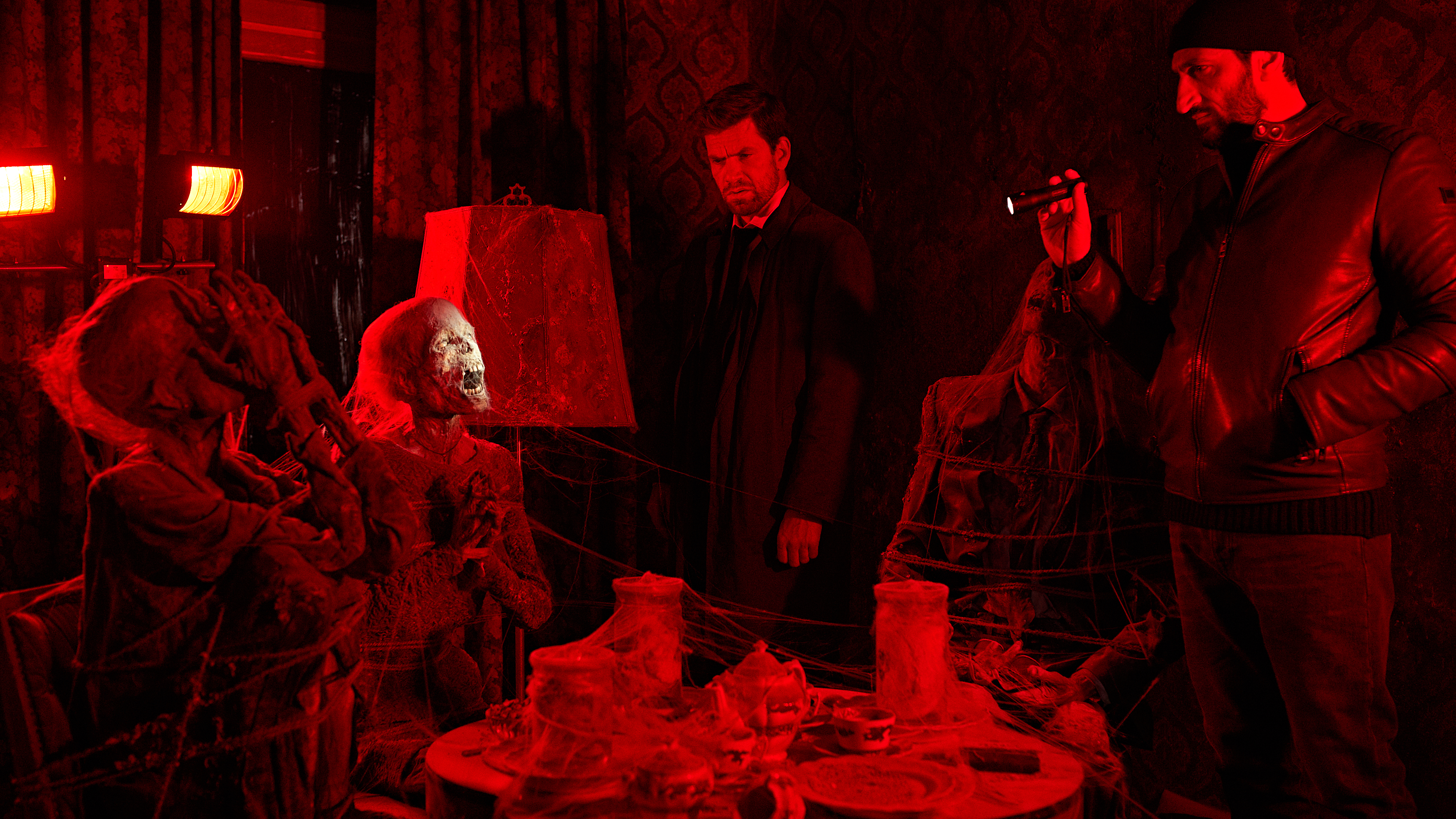 7.4
The Purity of Vengeance (2018) 1h 59min | Crime, Mystery, Thriller | 4 October 2018 (Denmark)
Director: Christoffer BoeWriters: Jussi Adler-Olsen, Nikolaj ArcelStars: Nikolaj Lie Kaas, Fares Fares, Johanne Louise Schmidt
Summary: A series of mysterious disappearances in 2006 are eerily connected to the same institution.
Countries: Denmark, GermanyLanguages: Danish, Arabic, Spanish, German
Source: imdb.comDisclaimer: This plugin has been coded to automatically quote data from imdb.com. Not available for any other purpose. All showing data have a link to imdb.com. The user is responsible for any other use or change codes.

Police detectives investigate a 12-year-old cold case somehow connected to a former girl’s home in The Purity of Vengence. Carl (Nikolaj Lie Kaas) and Assad (Fares Fares) are two Copenhagen detectives, who take on a grisly new case, as four mummified skeletons are discovered in a walled-off room of an apartment. After identifying the bodies, the detectives learn that the victims are connected to the Sprogø girl’s home, of which the former head doctor Curt Wad (Anders Hove) now runs a successful fertility clinic.

The Purity of Vengeance is a Danish crime thriller directed by Christoffer Boe, based on the best-selling novel by Jussi Adler-Olsen. The plot of the film switches back and forth between the present and the 1961 story of Nete (Fanny Bornedal), a young woman admitted into the Sprogø girl’s home, due to a forbidden romance with her cousin. It is these events in 1961 that provide the context of the current case being investigated by Carl and Assad. Thanks to information provided by the Sprogø building’s caretaker Brandt (Nicolas Bro), the detectives begin to learn that this murder might be an act of vengeance for horrible atrocities performed by Curt Wad.

Following in the footsteps of other Scandinavian-set crime thrillers, such as The Girl with the Dragon Tattoo, The Purity of Vengeance ends up being a quite well-executed film with many interesting twists and turns in its plot. While the grisly murder scene sets the plot in motion, the crime itself is ultimately a McGuffin that leads to the larger story of the horrible events that happened at Sprogø. There is never a dull moment in The Purity of Vengeance and the bromance between Nikolaj Lie Kaas and Fares Fares is quite charming to watch.