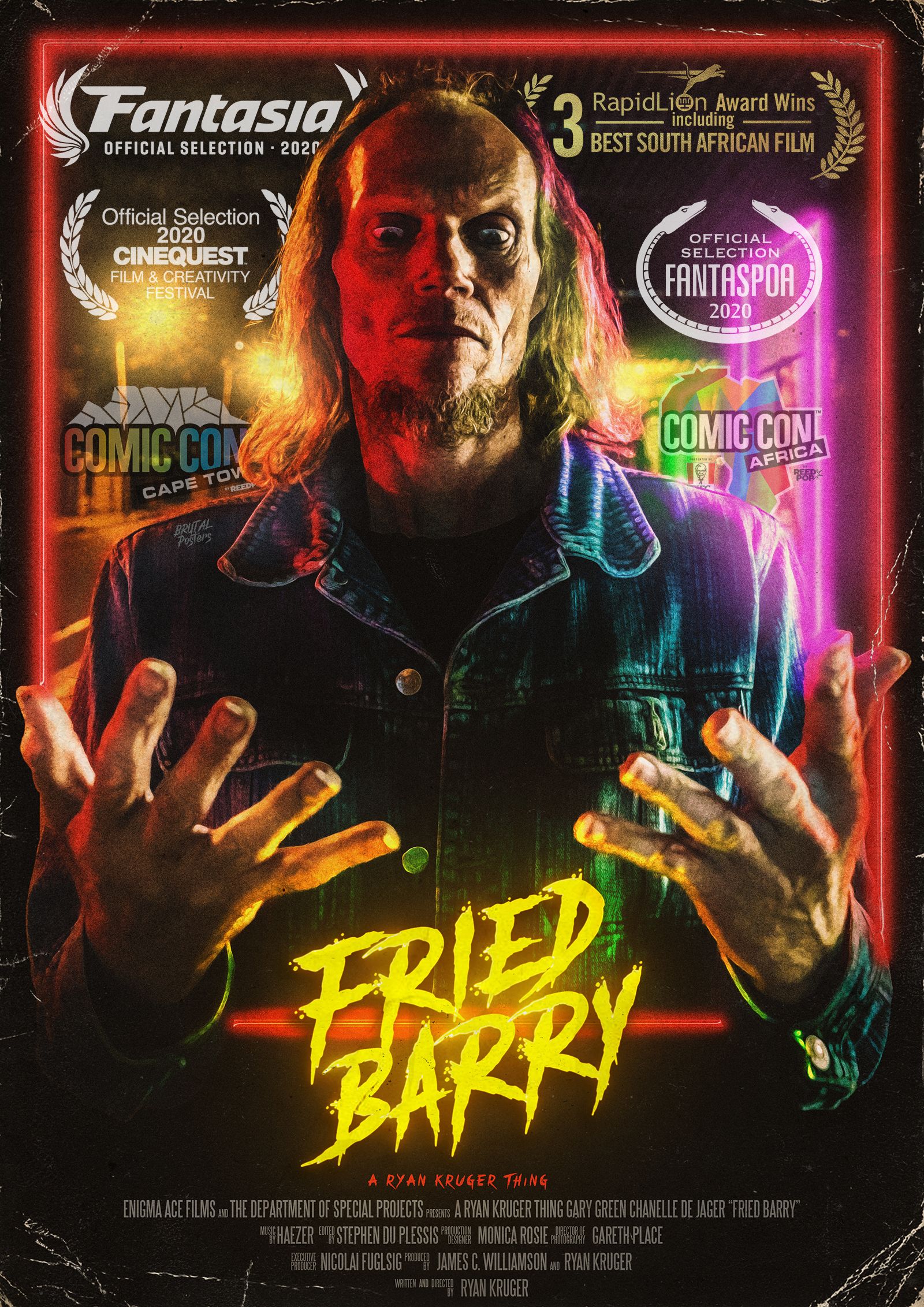 A heroin junkie gets his mind literally fried after he is abducted by aliens in Fried Barry. Barry (Gary Green) is heroin abducted lowlife in Cape Town, who walks out on his wife Suz (Chanelle de Jager) shortly before he goes on a drug bender and gets abducted by aliens, who take control of his brain. Upon his return to Earth, the alien Barry goes on a wide variety of misadventures in Cape Town’s underbelly.

Fried Barry is a “thing” by South African writer/director Ryan Kruger and is an expansion of the 2017 short film of the same name. The film focuses on the titular Barry, who gets his mind taken control of aliens, which results in a lot of debauchery upon his return to Earth. This includes instantly impregnating prostitutes, ecstasy-fueled dance raves, and being kidnapped by a human trafficker.

I’m going to jump right to the point and say that Fried Barry is a very messed up film, your enjoyment of which might be dependent on how many drugs you have taken beforehand. Fried Barry comes across as a mix of John Waters, David Lynch, and 2018’s Mandy and is definitely a more transgressive and experimental piece, bolstered by the very unique appearance of the star Gary Green, who spends the bulk of the film with an expressionless face. Ultimately, Fried Barry is a love it or hate it film, with me being somewhat unsure which way I sway.