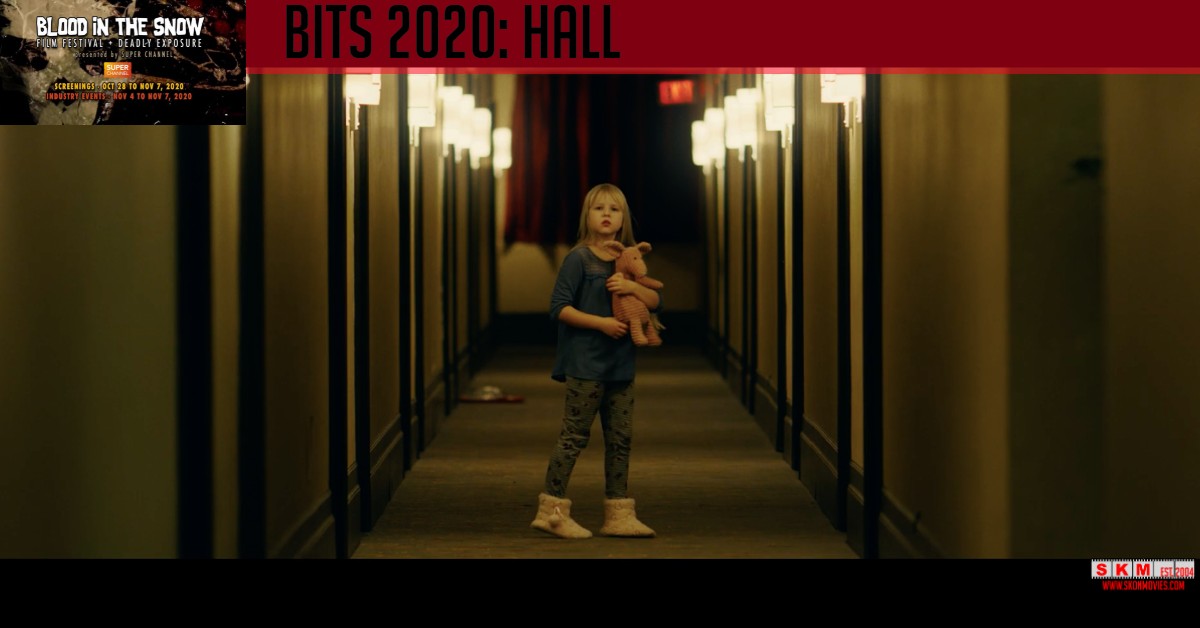 A mother and her young daughter try to escape a viral outbreak at a hotel in Hall. Val (Carolina Bartczak) is a woman in a troubled marriage to her husband Branden (Mark Gibson), who is trying to decide during a stay in a hotel, whether or not she is going to run off with her daughter Kelly (Bailey Thain). Elsewhere in the hotel, pregnant Japanese woman Naomi (Yumiko Shaku) is trying to escape troubles at home. However, the lives of both women change when a deadly virus is unleashed, leaving the rage-filled victims writhing in the hallway.

Hall is a twist on the apocalyptic zombie film narrative, with the bulk of this film directed by Francesco Giannini taking place in and around a hotel hallway. Hall features a non-chronological narrative, which kicks off at the onset of the outbreak, before rewinding to show the events leading up to the unleashing of the virus. This includes the dual narratives of Val and Naomi, as well as a mysterious stranger (Julian Richings) staying at the hotel.

With the COVID-19 pandemic still in full force, Hall is a horror film that seems quite timely, despite some outdated lines calling this virus “the worse since H1N1.” The film focuses primarily on the efforts of Val to escape this infected hotel with her young daughter Kelly, with the film saving the bulk of the exposition for a series of news broadcasts played during the credits. Overall, Hall is a quite solid viral zombie thriller.