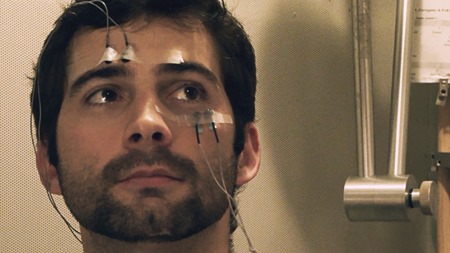 How the mind works remains one of mankind’s biggest mysteries.  In fact, the mind is considered to be the most complicated organ in the universe.  Even though scientists try, we have still have not fully cracked the inner-workings of the mind, especially when it comes to mental disorders. Free the Mind focuses on Professor Richard Davidson, who is one of the world’s leading researchers of the human brain.  He is a heavy supporter of using compassion meditation, rather than medication, to treat disorders such as Attention Deficit Hyperactivity Disorder (ADHD) and Post Traumatic Stress Disorder (PTSD).  The film focuses both on children with ADHD in a research preschool and veterans with PTSD in support group and examines on how Davidson’s alternative method improves the conditions of the subjects.

I have a bit of a personal connection with Free the Mind, since I have been diagnosed with ADHD since I was a teenager.  Even though I was briefly prescribed to Ritalin, I am happy that my doctor was smart enough to take me off it when it wasn’t affecting me and I haven’t been on medication since.  The film explicitly states that there is a concern about over-prescribing Ritalin and it argues that people with ADHD don’t need to spend the rest of their life on medication.  One of the main subjects in the film is a boy named Will, who was diagnosed with ADHD at the age of 3, in which doctors immediately wanted to prescribe medication.  It is definitely not right that the mindset of many medical professionals is to solve mental disorders with a pill. In addition to Will, the film focuses on the separate stories of Stephen and Rich, who are both veterans who haven’t been the same after returning from action.  Stephen described that he was “very good at being a terrible person” and he saw his violent behaviour increase after returning home.  Rich, on the other hand, described having to pick up body parts after an explosion, so it’s no wonder he was traumatized as a result.  According to statistics, more veterans commit suicide after returning home, than are killed in action. The film as a whole focuses a bit more on the PTSD study than the kids with ADHD, though there is one scene that shows them both performing the same breathing and stretching exercises, with the kids clearly having more fun with the activities.  There are many moments in the film where Richard Davidson breaks down the science of how the meditation improves the mind.  Even though this is done with the help of some on-screen animations, one can be excused for being confused by the many scientific terms used. In the end, all of the subjects in the film experienced some improvement after undergoing these treatments.  As such, the film is meant to show that there are clearly other ways to treat a mental disorders than merely prescribing a pill.  Overall, I would say that I found Free the Mind to be quite interesting and educational.8 | LIKED IT