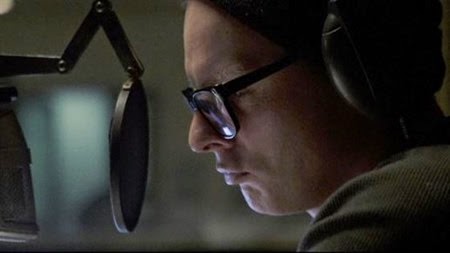 A city in Poland prepare for the fulfilment of the Mayan doomsday prophesy in End of the World.  One night in a city in Poland, a late night radio host makes the topic of end of the world, as prophesized by the Mayans.  At the same time, an emergency operator receive calls from people, even if they aren’t really necessarily.  All throughout, the question is asked about what exactly the end of the world means to people. End of the World is a very imitate and low key documentary, which focuses primarily on various phone calls.  Much of the visual motif of the film involves various night time shots of this city in Poland. The main action of End of the World switches back and forth between the late night radio host and emergency operator and contrasts the different calls made on this night when the world was prophesized to end. In all complete honesty, even though the context of the film is quite intriguing, I didn’t really find End of the World to be all that interesting.  The film has a relatively short length of 40 minutes and is almost entirely made up of these various phone calls, with city shots in between.  While there is a certain artistic value of getting various folks interpretations of the end of the world, it does not really make for a compelling film.   Film is a visual medium, so a documentary made up of phone calls just does not work and is frankly quite boring. ★ ★ |  DISAPPOINTED Screenings: