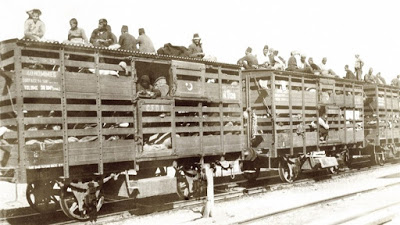 Joe Berlinger (Paradise Lost) uses the making of the film The Promise as a springboard for a history of the Armenian Genocide in Intent to Destroy. On the hundredth anniversary of the 1915 killing of 1.5 Armenians in the Ottoman Empire (now Turkey), filmmaker Terry George prepares to finally produce a feature film, which he hopes will finally tell the truth of the Armenian Genocide to the world. However, Turkey vehemently denies such a tragedy took place, despite there being plenty of evidence to the contrary.

It would be understatement to say that the killing of the Armenian people in the Ottoman empire during the time of the First World War has a conflicted history. In fact, there are many who deny the Armenian Genocide ever took place, particularly since there is a lack of hard evidence, other than a few rare photos. Joe Berlinger structures Intent to Destory around the making of The Promise, essentially using scenes from the film to illustrate the sequence of events that lead to the Genocide.

At first glace, Intent to Destroy seems to be little more than a glorified making-of documentary for The Promise. However, Joe Berlinger merely uses the making of The Promise as a springboard to tell the story of the Armenian Genocide, making sure to include opinions from both sides, even though the film leans towards the belief that the Armenian Genocide did in fact take place. Whether or not you believe this fact yourself, Intent to Destroy is still a quite interesting watch.