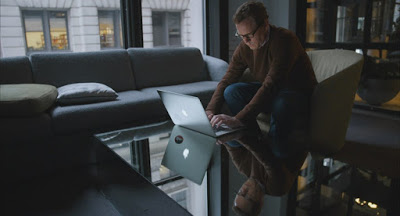 The court case between Hulk Hogan and Gawker kicks off a discussion about the state of free and open journalism in Nobody Speak: Trials of the Free Press. Terry Bollea, better known as professional wrestler Hulk Hogan, files a lawsuit against the celebrity blog Gawker, over the site posting a portion of a sex tape involving the wrestler. It is later revealed that the lawsuit, which Hogan won, was funded by PayPal cofounder Peter Thiel, who had his own vendetta against Gawker. This move sets a dangerous precedent, as billionaires set out to make themselves more powerful than the truth.

On the surface, Hulk Hogan’s case against Gawker seemed perfect tabloid fodder. Hogan is secretly filmed having sex with the wife of his shock jock best friend Bubba the Love Sponge and seeks legal action after the tape gets out. However, it turns out that this story goes a lot deeper, as there is a growing distrust of the media, with billionaires such as Peter Thiel, Las Vegas businessman Sheldon Adelson, and US President Donald Trump spread lies about the press and/or try to buy their way out of negative publicity.

Nobody Speak: Trials of the Free Press is a documentary that is essentially told in two parts. The first half primarily focuses on the Hulk Hogan vs Gawker case, with interviews with founder Nick Denton and former editor-in-chief A.J. Daulerio. The film then sieges into being about the endangerment of the media’s ability of reporting the truth, especially as the case sets a precedent on how easy it would be to destroy a media company with a lawsuit. This makes Nobody Speak a pretty important film for those who believe in freedom of speech and don’t want the media disrupted by a bunch of billionaire bullies.