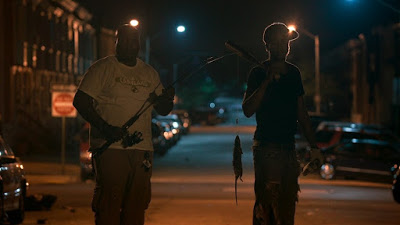 The rat problem in Baltimore is used as the catalyst for a discussion on the city’s sociopolitical climate in Rat Film. Baltimore is plagued with rats and calls are frequently made to Edmond the exterminator to deal with the rat problem. However, it turns out that Baltimore doesn’t really have a rat problem. Instead, the city has a people problem that dates back to the early 1900s.

With Rat Film, director Theo Anthony is essentially two stories. On one hand, he is talking Baltimore’s rat problem itself and how people in the city deal with it. However, since the rat infestation is mostly prominent in the city’s predominantly poor and black neighborhoods, Rat Film also takes a look at Baltimore’s history of segregation and how the poorest population was essentially ghettoized into the lowest grade neighborhoods.

Rat Film should not be confused with Morgan Spurlock’s horror documentary Rats from last year, even though like that film, there are some graphic on-screen rat killings. However, it can be said that Rat Film is less about the rats themselves and instead uses the infestation as a jumping off point to talking about why the rats seem to primarily popularize Baltimore’s black neighborhoods. While this is interesting, Rat Film does feature some structural issues, particularly the recurring use of a Baltimore video game simulation, which seems little more than filler. Also, the film decides to conclude with some fantastical optimism, which doesn’t really come off right.