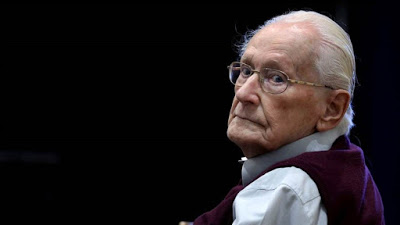 The former bookkeeper of the Auschwitz Nazi death camp is placed on trial at the age of 94 in The Accountant of Auschwitz. Oskar Gröning made headlines in 2015 when he was placed on trial for the murder of 300,000 people at the age of 94. This trial was made possible by a new legal prescient that stated that those who worked at Nazi death camps and were aware of what was going on were automatically considered guilty, even if they didn’t personally kill anyone.

The Accountant of Auschwitz is a film that is not only about the titular trial, but the overall attempt to correct the past failures of prosecuting Nazi war criminals, most of whom escaped the Nuremberg trials. Things began to change with the 2010 trial of former death camp guard John Demjanjuk, with his guilty verdict establishing the prescient that those who worked in the Nazi death camps were guilty by association.

There is the question throughout The Accountant of Auschwitz about whether these new trials are coming too late, since the surviving Nazis are now in their 90s. However, the goal is more to set a prescient for the future, establishing that there are no statute of limitations for such crimes. Oskar Gröning also turns out to be a complex man, who gives both bone-chilling and disturbing testimony about what happened at Auschwitz, while also publicly exposing himself as a Nazi in the first place to speak out against Holocaust deniers. Overall, this makes The Accountant of Auschwitz a fascinating watch about a terrible man finally paying for his crimes.