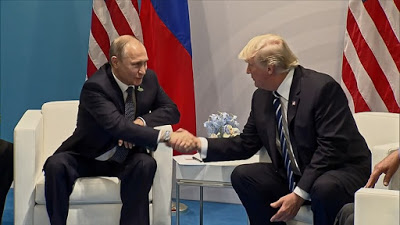 The sequence of events leading to Russia’s alleged interference in the 2016 US Presidential election is broken down in Active Measures. It has been alleged that Russia utilized active measures, a Soviet term for actions of political warfare, to interfere with the 2016 US Presidential election, leading to the election of Donald Trump. This wouldn’t be the first time Russia resorted to these measures under President Vladimir Putin, with there previously being apparently rigged elections in countries such as Ukraine.

Filmmaker Jack Bryan traces the concurrent rise to power of both Vladimir Putin and Donald Trump in a story that may go down as the largest and most effectively executed espionage operation in history. Active Measures features interviews with the likes Hillary Clinton, John McCain, James Woolsey, and Michael McFaul, as it breaks down the events that apparently lead to Donald Trump being elected president. This includes Putin’s apparent connection with the Russian Mafia and the use of the Trump Tower condo developments as money laundering operations.

Active Measures is a story that you don’t want to be true, because if it is proved without a doubt that Russia interfered with the US Presidential election, it might lead to a very scary future. Nearly three decades after the collapse of the Soviet Union, it seems that Russia is re-emerging as a more calculating threat, who is using politics instead of guns to fight the west. Overall, Active Measures is a real life espionage thriller that will probably scare you to the core.