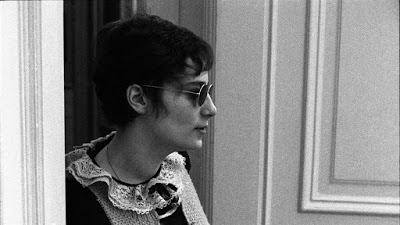 The brief career of experimental filmmaker Barbara Rubin is explored in Barbara Rubin and the Exploding NY Underground. In 1964, Barbra Rubin made her mark with the release of her experimental art-porn film Christmas on Earth. She quickly became a key member of the New York Underground, along with Andy Warhol and Allen Ginsberg, before unexpectedly deciding to become a Hassidic Jew in 1968.

Barbara Rubin was only 18 years old when she released Christmas on Earth, which featured some extremely shocking sexual imagery for the time. Filmmaker Chuck Smith uses archive footage and letters provided by former collaborator Jonas Mekas to tells the story of Barbara Rubin’s short but storied careers, which had her crossing paths with the likes of Andy Warhol, Allen Ginsberg, and Bob Dylan.

It cannot be denied that Barbara Rubin was a female artist, who stood out in the counter-culture of the 1960s. Barbara Rubin and the Exploding NY Underground is for the most part a straight-forward biography, following Rubin’s life from her start until her premature death at the age of only 35. Even though this film is less than 80 minutes long, it does feel a bit long at times, especially since the most interesting aspects of Barbara Rubin’s career came early on. However, the films also asks the question about whether her life and career would’ve been less tragic if she had a proper support system.