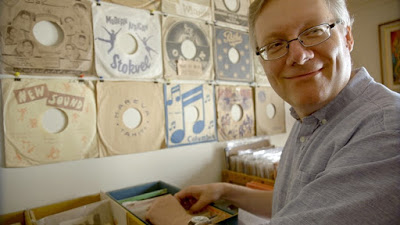 A writer for The Late Show with David Letterman talks about his obsession with industrial musicals in Bathtubs Over Broadway. While collecting weird records to showcase on David Letterman’s talk show, writer Steve Young discovered obscure cast recording for Broadway-style musicals created by corporations like General Electric, McDonald’s, Ford, DuPont, Xerox. This opens up an obsession with a trend that the general public was never meant to know about.

In the latest example of true life being stranger than fiction, Bathtubs Over Broadway follows former Late Show with David Letterman writer Steve Young, as he guides us into the world of industrial musics, which were full fledged Broadway productions from the 50s, 60,s and 70s, created for corporate meetings. These musicals featured writers and actors that would later become stars, such as Chita Rivera, Kander & Ebb, Florence Henderson, Martin Short, and Bob Fosse.

Bathtubs Over Broadway is probably one of the most ridiculous and entertaining documentaries that you would ever see. In this film, we learn about musicals with titles such as The Bathrooms Are Coming and Detroit Diesel Dazzle, with lyrics all about the products produced by the major corporations. Overall, Bathtubs Over Broadway is an incredibly enjoyable watch.